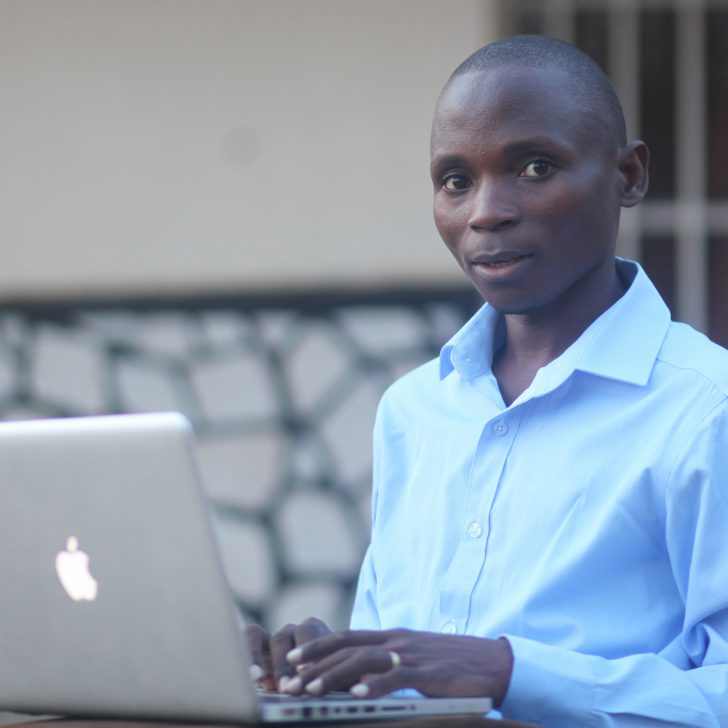 Science journalism is increasingly gaining traction in Africa but remains disadvantaged compared to other fields of journalism like politics and business, which receive more prominence and coverage in newsrooms.

The good news is that the sector is undergoing a rejuvenation, after decades characterized by inadequate coverage, poor reporting and weak scientists-journalists relationships.

Today, having interacted with and trained a number of journalists in Africa, the Media for Environment, Science, Health and Agriculture (MESHA) is happy to see renewed interest and commitment to science journalism by a specialized team of journalists who are able to think outside the box and innovatively create platforms that are transforming science journalism.

One such journalist, having interacted with MESHA for nearly three years now, is Christophe Hitayezu, a Rwandese journalist who has been hit by the bug of networking and bringing science journalists together.

With the COVID-19 pandemic having captured the imagination and minds of many people in the continent, Hitayezu went soul searching for a way of reaching out to the masses. His answer lay in founding a simple WhatsApp group to bring health journalists together.

As a journalist and media mentor with interest in health, agriculture and development reporting, Hitayezu has been trained by Internews in different aspects of journalism. He is a Thomson Foundation Alumnus for Access to Information and Investigative Journalism and the International Women’s Media Foundation Alumnus for African Great Lakes Reporting Initiative.

Hitayezu contributes to Down To Earth, a magazine published by Centre for Science and Environment, India.

Born in 1988, in Southern Province of Rwanda, young Hitayezu studied Rural Development and Agribusiness at the University of Rwanda, though his love and passion for journalism started since his high school days.

His first and only story at the time was published in 2008 in Huguka Newspaper, currently turned into Huguka Radio station.

“Although I couldn’t find right connections with radio stations to volunteer my time– as online media was in its formative stage in the country – I did not give up. In 2011, I created a blog using my name, hitayezu.wordpress.com through which I published my first article in January 2012, I was convinced that this could help me practise journalism,” he told this writer. At this time, online media in Rwanda was gaining visibility, and he started contributing to the then newly created websites.

Sadly, most of them are no longer operational. Close to the end of his undergraduate studies, Hitayezu volunteered with IGIHE.com (Igihe means time in Kinyarwanda), one of the best performing news websites in Rwanda.

After his university studies, he founded a media outlet, Nonaha, for which he is the chief editor. Operational since 2014, the website is among a few that have survived for long without external financial support.

From the fellowships and study tours in Africa, Asia and Europe, Hitayezu has earned his networks and media skills. He singles out the trainings organized by MESHA as having turned around his way of looking at networking for science journalism. Supporting COVID-19 media response.

In March 2020, Hitayezu set up an information and training WhatsApp group that has brought together over 100 health journalists and communicators from over 20 African countries. Named COVID19 Updates, the group also has a few health journalism experts and humanitarian workers.

“Journalists in this part of the world had not been trained about covering the novel coronavirus unlike other infectious diseases like Ebola and HIV, so we needed a forum to provide timely and accurate scientifically sound messages to the masses,” he says.

With the formation of the WhatsApp group, Hitayezu hoped to reach health workers whom he felt needed to be provided with information on new diseases and so to him, the bearers of that information would be the media who in turn needed fresh and up to date information on a regular basis.

“As the disease is new, journalists need customized reporting strategies and approaches to help prevent the spread of the virus in an ethical and responsible manner. I felt concerned and started to think of how I could connect with other like-minded journalists from across the continent,” he told Sayansi. Although he had an idea, the next challenge was to find and persuade experts to provide the new skills pro bono.

The other big question was, how would the platform remain active till the disease is gone? Besides, how would it be sustained and maintained? He therefore thought of bringing on board media experts.

In no time he had been connected to Internews’ humanitarian expert who told him of his joy to help as he loved the initiative. He told Hitayezu how they had worked a lot around rumours and misinformation.

“They finally connected me with Internews health journalism expert based in the Africa region who applauded the initiative and helped bring more experts,” Hitayezu says.

The platform is a success “The platform, to me, is a huge success as it is specific and narrow on COVID-19, different from other groups which divert from the intended objective to delve into irrelevances. From the group, I have made some new connections that are beneficial in my writing career. Besides, I have acquired more knowledge on the virus itself and how to treat every information on social media on the virus without first fact checking,” says Lavie Mutanganshuro, a Rwandan journalist.

“The group is a conduit to understanding some of the complications of COVID-19. It serves as the bridge to journos across the continent and discovering details about COVID-19.

Even though the pandemic is still on in Africa and globally, Hitayezu hopes it will end soon. He however says the WhatsApp group will continue to empower its members with right information, resources and by acting as an announcement board on what is happening in the space of COVID-19.