By Joyce Chimbi I j.chimbi@gmail.com

Food security and sustainability experts are concerned that the country’s food consumption patterns are imbalanced, unsustainable and places the country off track towards ending hunger. Nairobi-based food safety and security expert Evans Kori says across all 47 counties, food consumption is not in line with respective food production activities. This, he says, is an imbalance that has led to negligible progress towards eradicating hunger, food insecurity and all forms of malnutrition. As per the ‘State of Food Security and Nutrition in the World Report 2021’, worldwide, countries have not progressively made inroads towards ensuring “access to safe, nutritious and sufficient foods for all people all year or to eradicating all forms of malnutrition.” The report indicates that a most pressing challenge towards access to healthy and sustainable diet is climate variability.

Within this context, the Barilla Foundation has used the latest evidence on food, health and the environment to devise the Double Health and Climate Pyramid model. The pyramid illustrates that global food goals cannot be achieved within current broken food systems and ecosystems. Kori says this means that ongoing and escalating food as well as climate crisis “must be resolved jointly because they are interlinked and not in isolation.”

“If countries continue to tackle food and climate issues independently of each other, progress will be slow, if at all, towards a sustainable, food secure and healthy planet,” he says. Current food production systems, he says, are not sustainable because they are catalysts of climate change, biodiversity loss and land degradation. Consequent outcomes, he says, affect our health and essentially, human survival and “people the world over will not access the nutrients they need and sustainably, within existing food systems.” UN’s Food and Agricultural Organisation (FAO) shows that in 2020, between 720 and 811 million people faced hunger and the situation is likely to escalate due to COVID-19 induced constraints. Within this context, research shows that nature-positive food production systems are much needed because current systems are broken and unsustainable. FAO estimates show “the agricultural sector accounts for one-third of greenhouse gas (GHG) emissions.” Additionally, the agricultural sector accounts for the largest share of freshwater withdrawals at 70 per cent on average and, 90 per cent of the water footprint of humanity, and 12 per cent of land use.

This research is illustrated in Barilla’s evidence-based Double Pyramid to promote health and longevity, and at the same time, reduce the impact of food choices on the ecosystem, and more specifically on climate change. The health and climate pyramids are placed side by side. The health side shows features of a balanced, healthy, and sustainable diet. The climate side shows the associated impact on health and the climate. Based on scientific evidence linking food choices in adult population to health outcomes, the health pyramid arranges food into 18 groups across seven layers according to the recommended frequency of consumption for people’s health. Foods such as fruits, vegetables and whole grain cereals that should be consumed most often are placed at the bottom of the pyramid. The second layer includes foods such as nuts and seeds, non-tropical vegetable oils, refined low glycemic index cereals and fermented milk.

The third layer includes pulses and fish as preferred sources of protein. This is followed by the fourth layer of foods such as poultry, eggs, milk and cheese. The fifth layer includes high glycemic index foods like white bread, refined rice and potatoes. No more than two servings of this food should be eaten per week. Animal fats, including butter, tropical oils like palm oil, red meat and sweets and baked goods made with refined flour and sugar are in the sixth layer of the pyramid because eating them is associated with a significantly higher risk of cardiovascular events. The advice is to eat these no more than once a week. In the seventh layer there are foods like processed meat like sausages, bacon, salami, associated with a high risk of cardiovascular and other chronic diseases, which should only be eaten occasionally. Within this context, the climate pyramid classifies different foods based on their carbon footprint or carbon dioxide equivalent emissions.

Again, foods are arranged into 18 groups and seven layers starting from those with a very low carbon footprint to a very high footprint. The pyramid shows production of animal-based products, especially red meat, followed by cheese and processed meat, layers five to seven cause the highest GHG emissions compared to plant-based products. As per research by FAO, “cattle raised for both beef and milk, and for inedible outputs like manure and draft power are the animal species responsible for the most emissions, representing about 65 per cent of the livestock sector’s emissions.” Barilla’s Double Pyramid is therefore an illustration of how people can eat varied, balanced and healthy diets and at the same time reduce their contribution to climate change.

The pyramid recommends a consumption frequency for all food groups and shows the impact they each have on health and the climate. Additionally, the Barilla Foundation devised another seven cultural double pyramids in line with different geographical contexts including Nordic countries and Canada, USA, South Asia, East Asia, Africa, Latin America and Mediterranean countries. Each of the seven pyramids reflects and celebrate the global value of diversity while promoting healthy, sustainable eating and consideration for planet health. On the one hand, the double pyramid provides a summary of key knowledge gained from medicine, nutrition studies, and the impact of people’s food choices on the planet. On the other, it is a consumer education tool. 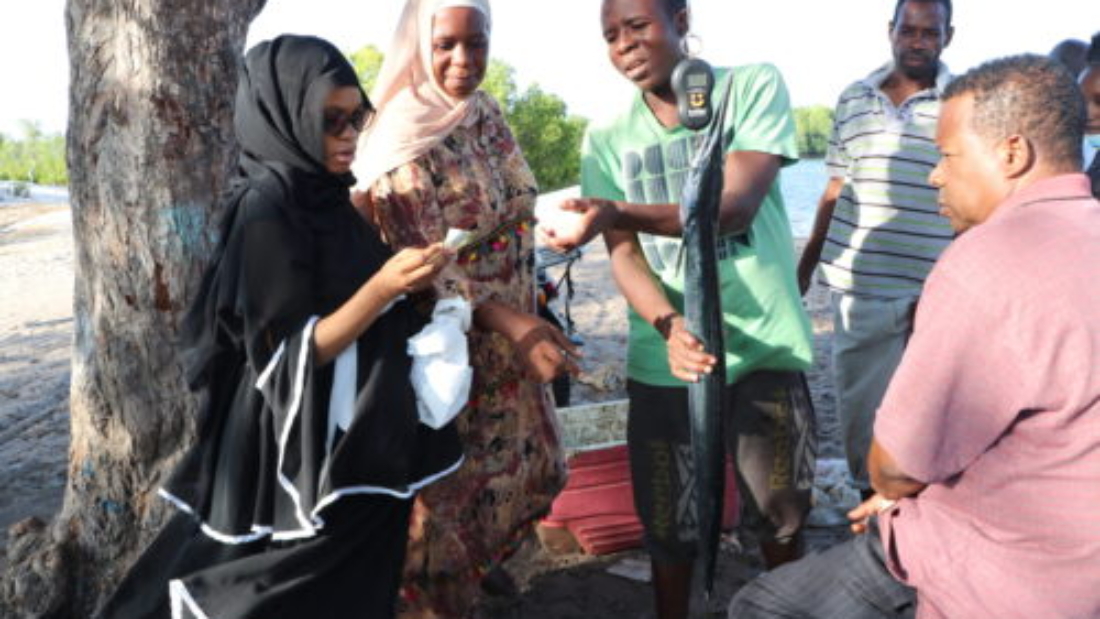 By Joyce Chimbi I j.chimbi@gmail.com

The ecosystem plays a critical role in halting the pace of climate change and its effects, experts have said. In a webinar for science and health journalists held on February 22, the experts unpacked concepts around biodiversity, different types of biodiversity and how they interact, providing clear examples of their interconnectivity and why conservation efforts must be escalated because life on earth depends on their sustainable use.

Dr David Kimiti, Deputy Director, Research and Impact at Grevy’s Zebra Trust, said there is a need to re-evaluate the variety and variability of life on earth at all its levels, “from genes to ecosystems and the evolutionary, ecological and cultural processes that sustain life.” He gave three main types of biodiversity; genetic biodiversity, species biodiversity and ecosystems biodiversity. Dr Kimiti said overexploitation of species and ecosystem biodiversity is making life on earth difficult, having contributed to extreme weather patterns, which have, in turn, led to severe food insecurity such as the ongoing hunger in northern Kenya.

Dr Julius Ecuru, Manager, BioInnovate Africa at International Centre of Insect Physiology and Ecology (icipe), told journalists that while Africa is rich in biodiversity, which is the basis for biomass that is essential to the bio economy, “threats to the biodiversity are imminent”. He said genetic biodiversity preserves life on earth, while species biodiversity defines unique attributes of life and coexistence within and across life forms. Ecosystem biodiversity, on the other hand, ensures ecological balance in habitats to support life, providing essential services such as air and water purification, carbon sinks and wildlife.

Dr Ecuru spoke of unstainable food production and consumption, land use changes, including urbanisation, mining and infrastructure development, pollution by toxic effluents from factories as well as global warning from carbon emissions. He called for conservation of biodiversity at all levels, using science and technology to optimise production and use of biomass, including reclaiming degraded environments. Dr Ecuru also called for provision of alternative livelihoods for communities that are custodians of biomass, especially fuel sources, farm inputs, market value chains and job opportunities. Saliou Niassy from icipe laid bare the looming catastrophe if Africa does not adopt a protective, restorative, conservative and sustainable approach when interacting with the ecosystem biodiversity.

“Ecosystem services are the benefits provided by ecosystems that contribute to making human life possible and worth living. Categories of ecosystem services based on their functions include provision of food and medical resources, regulatory services such as bio control, support services such as nutrient cycling and cultural services such as ecotourism,” he explained. Niassy stressed on the importance of circular economy and sustainable access to ecosystem services in Africa. If the continent does not halt ongoing overexploitation of the ecosystem benefits, UNEP research, for instance, predicts that Africa’s forest cover will shrink to “less than 600 million hectares by 2050 due to conversion of forests for agriculture and growing demand for firewood.”

According to the Africa Development Bank (AfDB) Africa’s annual food import bill of $35 billion is estimated to rise to $110 billion by 2025. Niassy decried soil degradation across the continent due to a combination of factors, which has further compromised land production potential. “As of 2012, Africa produced more than 125 million tonnes per year of municipal solid waste and this is expected to double by 2025. All these are effects of lack of sustainable and circular approach on access to ecosystem services for better livelihoods, food and nutritional security,” he said.

Overall, experts called for urgent interventions to ensure that human activities do not erode Africa’s position as a biodiversity hotspot, risking the lives and livelihoods of people across the continent.