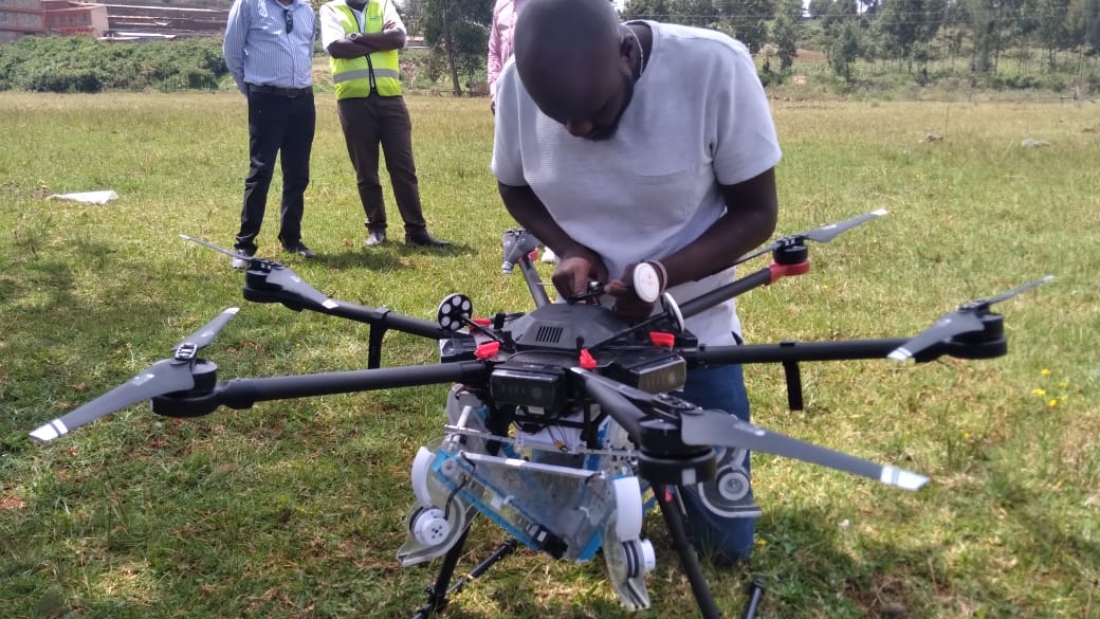 One of the interventions outlined in Kenya’s Strategy for reaching 10 per cent tree cover is the use of technology in forest regeneration, protection and planting. It is for this reason that drone technology is among the options being flaunted as potentially capable of achieving this target. According to Dr Jane Njuguna, Senior Deputy Director Research and Development at the Kenya Forestry Research Institute (KEFRI), one of the ways of accelerating restoration of 5.1 million hectares of deforested and degraded forests and other landscapes is through aerial seeding and drone technology.

She was speaking in Nairobi during a Kenya Flying Labs and WeRobotics demonstration of how drone technology can be used in tree planting. Dr Njuguna said unlike planting trees manually, which is labour intensive, time consuming and limited in the amount of area that can be covered, drone technology can cover a bigger area in a shorter period. Besides, she said, some forest landscapes are difficult to work on and access due to the rough terrain and surrounding vegetation. The drones at the demonstration are specialised one that are fully fitted with seed dispensers and can carry up to 7kg of seeds. In one flight, which is about 15 minutes, the drone can cover 0.8 hectares, according to Mohammed Akasha, a technician at Kenya Flying Labs.

“We are testing this technology to have it as an alternative that can be used to reach places that are hard to reach because the drone is cheaper to operate than an aeroplane,” said Cleopa Otieno, Chief Executive Officer, Kenya Flying Labs. He added that drones can fly lower without causing any risk because they are unmanned. Apart from these technologies, in 2021, KEFRI launched the use of a mobile application that helps in matching trees to sites instead of just growing trees for the sake of it. The site, which is webbased, can also help in identifying the best time for planting trees as well as tree diseases.

Despite Kenya’s global commitment to the Africa Forest Landscape Initiative (AFR100), 50 per cent reduction of greenhouse gases from the forest sector by 2030 as part of its Nationally Determined Contribution (NDC) to climate change, and to achieve land degradation neutrality by 2030 as a commitment to United Nations Convention to Combat Desertification (UNCCD), the forest cover remains low at about 7.2 per cent, as per 2015 estimates. An analysis of land-use change over the period 1990-2015 has established that Kenya lost 311,000 hectares of forestland mainly due to conversion to settlements, crop farming and infrastructure developments. With the President Uhuru Kenyatta’s directive to increase the country tree cover to 10 per cent by 2022 lapsing this year, more needs to be done to meet this target.