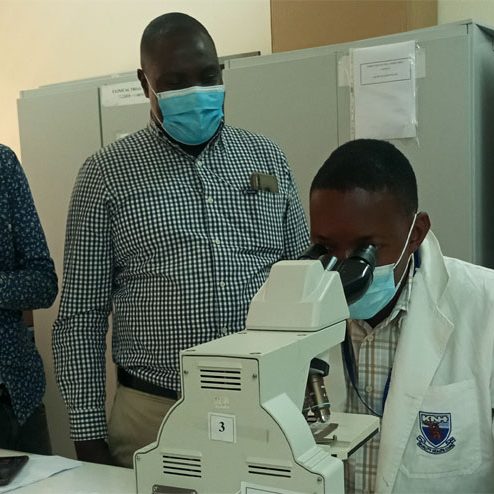 The journey to search for HIV vaccine will take longer. This is after data showed that an investigational HIV vaccine regime did not provide sufficient protection against HIV infection.
The study known as Imbokodo (HVTN 705/HPX2008) was carried in a population of 2, 637 young women in Malawi, Mozambique, Zambia, Zimbabwe and South Africa who are at high risk of acquiring HIV.

Although the clinical trial for the vaccine has failed the efficacy, the vaccine was found to have a favourable safety profile with no serious adverse events.

“The Imbokodo vaccines did not contain HIV and the vaccines were therefore unable to transmit HIV to study participants. All women who joined the study were always provided risk reduction counselling on ways to keep healthy and prevent HIV acquisition,” reads the statement from Johnson & Johnson, the manufacturer.

In what has become an all too familiar outcome in the decades-long search for an effective human immunodeficiency virus, acquired immunodeficiency syndrome (HIV/AIDS) vaccine, yet another candidate has failed in a large-scale study.

“We have to fundamentally relook at what we’re doing,” said Glenda Gray, who heads the South African Medical Research Council and oversaw the protocol for the trial, which compared the efficacy of the vaccine to a placebo.

The study tested whether the Imbokodo vaccine regimen could prevent women from getting HIV. Over 2,000 women were enrolled and given four different shots over 12 months. The first jab, meant to ready (prime) the body to produce defences against the virus was administered followed by two booster shots. Vaccinations were completed in June 2020.

The results, announced on August 31, 2021 by J&J in a press release, found 63 infections in the placebo group compared to 51 in participants who received the vaccine whose efficacy was 25.2 percent—too low to make it useful.

Even though the vaccine, supported by both the U.S. National Institute of Allergy and Infectious Diseases and the Bill & Melinda Gates Foundation, was found to be safe and did not cause any harm, it had a wide “confidence interval” in that result, and it did not reach statistical significance.

Confidence intervals measure the degree of uncertainty or certainty that something like a vaccine will be effective.

“The trial held great promise that it might prevent HIV but findings showed the vaccine does not provide sufficient protection. There was some hint that it was partially working which is not strong enough to get it licenced hence the trial has been stopped,” explained Mitchell Warren, executive director, AIDS Vaccine Advocacy Coalition.

According to experts, so far, the Imbokodo study has produced “more” promising data than two other disappointing AIDS vaccine efficacy trials.

“We always hope that efficacy trials will show positive results that lead directly to new prevention options,” noted Mr Warren. “It is very disappointing that this particular vaccine candidate did not work in this trial, but the trial was well-conducted and got an answer quickly.

HIV remains a global threat, and a safe, efficacious, and accessible HIV vaccine is still needed to contribute towards curbing new infections and providing a durable end to the
pandemic. In 2020, there were 37.7 million people living with HIV, with 53 percent being women and girls. The UNAIDS estimates that about 6.1 million people did not know that they
were living with HIV in 2020.

J&J’s chief scientific officer, Paul Stoffels, says despite the failure, a second efficacy trial of a similar vaccine in a different study population will continue. That Mosaico trial, which is taking place in the Americas and Europe and started in 2019, involves 3,800 transgender people and men who have sex with men.

“This is in no way the end of the search for an HIV vaccine,” added Warren. “We still hope for a positive outcome from the ongoing Mosaico and PrEPVacc studies, which combines evaluation of experimental HIV vaccines and pre-exposureprophylaxis in East and Southern Africa from 2018 to 2023.

Warren spoke during a webinar attended by scientists and journalists which was hosted just few hours after the announcement of the HIV vaccine failure report, on August 31, 2021.