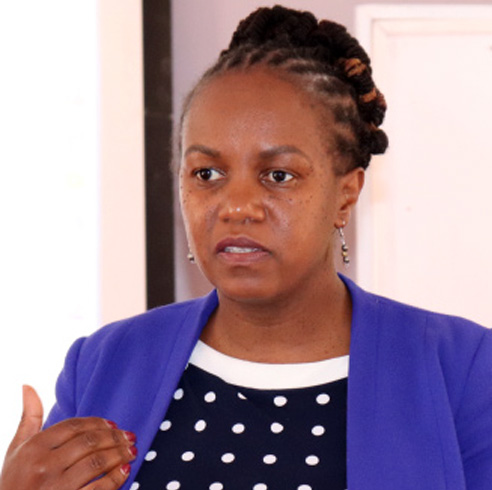 A message on my phone from Aghan Daniel, the secretary of MESHA (www.meshascience.org) on Wednesday, February 5, 2020 awakened my thoughts about the future of the world without a HIV vaccine.
Aghan was inviting to me to attend a two hour media science café at a Nairobi Hotel. In the invite, he simply stated that the meeting had been called to discuss vaccine research in the context of the halt of HVTN702 clinical trials.
As I sat in my university room, two things came to my mind. One, what is a media science café? Two, will I understand what the scientists will talk about given that they used complex terms?
Anyway, I conjured up courage and arrived at the venue 30 minutes before time. Then the introductions were done – and I was happy because I was seeing big names that I had only got to meet through bylines in the newspapers or heard their voices on radio! There was Angela Oketch of the Nation, Ann Mikia,a renowned radio personality in Kenya, Mike Mwaniki, a veteran journalist and Violet Otindo, whom I had only seen on TV, among others.
When the presentations started, Dr Kundai Chinyenze, Executive Medical Director, IAVI stepped forward and showed very simple slides using ordinary language in most of her talking points –she was very conscious of what could be technical and she explained them using a language that me, a non-science student easily understood.
Her topic was simple, HIV vaccine research efforts and IAVI’s role in the search for a safe, effective, affordable and globally accessible vaccine.
Then came Professor Omu Anzala from Kenya AIDS Vaccine Initiative (KAVI-ICR), University of Nairobi spoke on their roles in HIV vaccine research and prevention in Kenya.

These included clinical trials, research in communicable diseases, non- communicable diseases and the knowledge translation through public forums and targeted events like the science café, that I was privileged to attend for the first time. Prof Anzala spoke simple things off head without any presentation. He was in his element in his simplicity.
Mrs Rosemary Mburu, Executive Director, WACI Health talked on the need for the HIV vaccine. “We can end HIV without a vaccine but we cannot sustain the virus without a vaccine,” she said. She also urged for meaningful engagement of local communities for successful research and clinical trials.
To wind it up, a HIV champion, Ms Inviolata Mmbavi, Executive Director, International Community of Women Living with HIV – Kenya Chapter narrated her story of living with the virus for the last 30 years. “When you test HIV positive life will never be the same again,” she told us. She noted that the first drugs that were administered to her, almost killed her.
“That drug was a monster,” she said looking at Prof Omu Anzala whom she noted had started her on ARVs nearly three decades back and yet the two had never met again till today’s science café brought them together.
“Ladies and gentlemen, I have hope that a vaccine, to be only administered once in a human being’s life, will be found,” she said, almost tearfully.
She said that taking drugs daily is not a walk in the park and urged the researchers not to tire in their search for an AIDS vaccine. I gained a lot from this café and learnt that a lot of research is still being done in the quest to find an AIDS vaccine. This will definitely bring smiles back on the faces of those who are distraught because HVTN stalled. 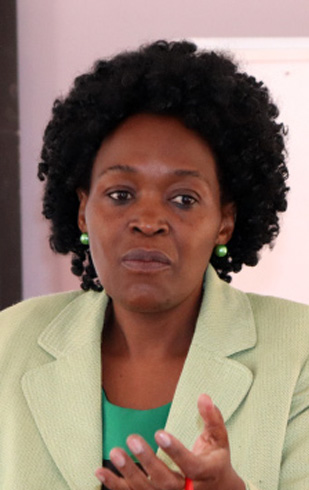 She added that it is planned to start later this year in Uganda, Tanzania, Mozambique and Kenya.
As I walked back to the university that day, not only was my fear of scientists slayed but I also felt tantalized by a few statements made at the café. 1. “Without HIV vaccine, we will not end AIDS.” – Dr Kundai Chinyenze. 2. “Can we end AIDS without a vaccine? Yes! But we cannot sustain HIV without a vaccine.” – Mrs Rosemary Mburu and 3. “When you test HIV positive life will never be the same again.” – Ms Inviolata Mmbavi, HIV champion.
The writer is a first year journalism student at the University of Nairobi.