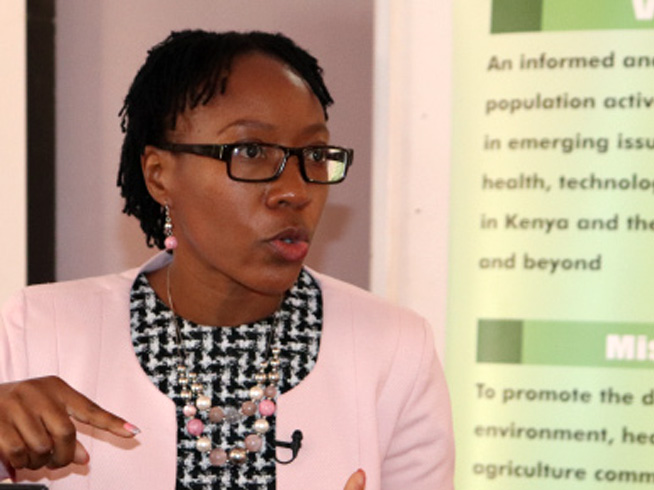 Days after the most awaited HIV vaccine clinical trials was stopped, researchers say that there is still hope to get another a vaccine which will prevent HIV infection.
“The recent withdrawal a HIV vaccine, HVTN 702, clinical trial is not the end of finding an effective preventive HIV,” two scientists recently told us at a science media café called by the Media for Environment, Science, Health and Agriculture (MESHA).

Dr. Kundai Chinyenze, Executive Medical Director, International Aids Vaccine Initiative (IAVI), clarified that the HVTN 702 vaccine, also known as Uhambo, was stopped due to its inefficiency in preventing HIV infection.
As journalists, we had somehow become enchanted by this news which we had received a few days earlier. We did actually think that scientists were still on it but were not very sure what researches were going on around us.
In her address to us, together with her colleague, Prof Omu Anzala of KAVI and University of Nairobi,
Dr. Chinyenze dispelled any fears in us in regards to the stopped vaccine clarifying that the study posed no safety concerns to the volunteers who were under trial.
She said that even though HTVN 702 study had failed and disappointed not only researchers but also donors and the community who had hopes in its success, there are a number of other HIV vaccines under trial and scientists are still working tirelessly towards developing vaccines in a bid to find a solution in curbing the infectious disease.
“As much as it is disappointing to have lost money and time, the HVTN 702 was just one among many other HIV vaccine trials that scientists have been working on and so this does not mean that it is the end of vaccine trials,” added Dr. Chinyenze. She observed that there are novel vaccines that have different mechanisms of action that are in earlier phases of testing.
Prof. Omu Anzala of KAVI and the Institute of Clinical Research (ICR) based at the University of Nairobi mentioned that they have learnt a lot following the failed

vaccine in South Africa and that here in Kenya, they at KAVI in collaboration with partners in USA and Canada are working on Antibody Mediated Prevention (AMP) study and HVTN 706, also known as Mosaic.
“We scientists are still in pursuit of a safe and globally effective preventive HIV vaccine and other global efforts underway include HVTN 703 and HVTN 704 and HVTN 705 also known as Imbokodo, whose results are expected later this year 2020,” Prof. Anzala said, adding that there is no need to give up on ever finding an AIDS vaccine.
He however lamented over decline in funding towards research on HIV but was quick to state that this will not stop any efforts they are putting forward in finding a safe and effective safe vaccine.
“As we await an effective vaccine, we must understand the epidemic and establish a tool which will help in finding out who are getting infected and reach out to them,” he observed.

“People who are at risk of HIV infection should make use of PrEP and everyone should embrace test and treat as prevention measures to avoid new infections and spread of the virus – patients who are already positive must adhere to treatment,” said Prof Anzala.
That national Institute of off Allergy and Infectious diseases (NIAID) on February 3, 2020 stopped administration of HVTN 702 vaccine after Independent Data and Safety Monitoring Board (DSMB) found that it was not effective.
The HVTN 702 study funded at USD 130 million was launched in 2016 and it enrolled 5,407 HIV negative volunteers at 14 sites across South Africa. The volunteers randomly received six injections of the investigational vaccine or placebo for over 18 months.