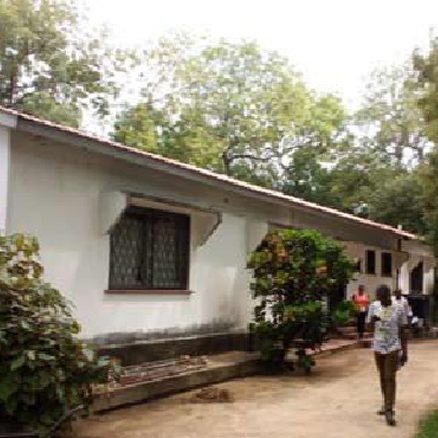 Traditional and primary health providers should be incorporated in policies to help reduce huge stigma that has been negatively affecting mental health patients in Kenya.

Previous studies on traditional healers’ involvement in the management of mental illness in Kenya found that most Kenyans trust the informal providers more to tackle mental health issues than hospitals, despite the former not having capacity for cure.

While most traditional health practitioners were willing to collaborate with hospitals to refer patients, their input is always ignored.

in identifying and referring mental health patients to health facilities.

The project involves engaging in public awareness campaign and participation in schools and meetings (barazas) to help improve knowledge and end stigma associated with mental illnesses.

At KEMRI Wellcome Trust’s Neurology and Epilepsy Clinic in Kilifi town, mental health patients get free treatment drawn from across coastal counties as explained by Gilbert Katana, a clinical officer.

“Most patients first stop are traditional healers and prayers as they believe mental health sickness and epilepsy are caused by witchcraft, ghosts and jealous neighbours which is not the case,” Katana said.

The two were speaking to journalists drawn from the Media for Environment, Science, Health and Agriculture (Mesha) who visited the facility as part of the delegation attending the Third Kenya Science Journalists Congress in Mombasa.

A research ‘Priority mental, neurological and substance use disorders in rural Kenya: Traditional health practitioners’ and primary health care workers’ perspectives,’ by Mary Bitta and others done at the facility in Kilifi area, support the experts views. The research was done between February and April 2018.

“Optimizing treatment and care for people with mental health requires utilization of all available resources within a health care system,” the report stated after analyzing eight focus groups of primary, traditional health practitioners and faith healers.

The World Health Organization’s Mental Health Gap Action Program (mhGAP) noted that over 75 per cent of people with mental sickness live in low and middle-income countries where the informal group forms major step of care givers.

“Most patients seek services when their condition is severe after taking longer at traditional healer ,” Katana said.

Makao, a 56-year-old traditional healer said most of them are willing to refer patients to hospitals.

“I will give you my medication for 3 days and if there is no improvement on the fourth day, then you have to go to hospital,” Makao said.

Mental illness is a manageable condition and can be treated on time when symptoms are detected early and traditional healers are incorporated on time, the research states.

“When you get unprovoked seizure several times within 24 hours or suffer from depression the best cure is seeking medical help. Most extreme cases of suicide can be treated on time,” added Katana.