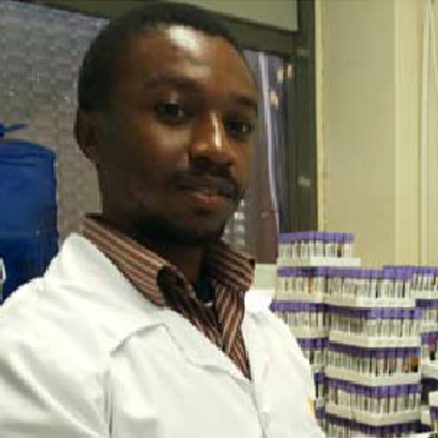 A drug, known as hydroxyurea, currently under clinical trials in four African countries may be the panacea for prolonging lives of sickle cell patients, an expert has said.

According to Mr George Muchama of KEMRI-Wellcome Trust programme at Kilifi Referral Hospital in Kenya’s Kilifi County the drug has been on trial in Kenya, Uganda, Democratic Republic of Congo and Angola for the past four years. The clinical trials are expected to be concluded in 14 years’ time. Specifically, the clinical trials seek to investigate the safety of hydroxyurea as a supportive treatment in children with sickle cell disease.

Scientists, he said, are hopeful that if successful, lives of persons with sickle cell will be prolonged under good management and patient care with the help of the drug.

They added that the success of the study will also lead to a larger trial that will inform national management policies for all children born with sickle cell anaemia in Africa, Kenya included.

Even though the drug has been effective in other parts of the world like Europe, no trials of hydroxyurea have been conducted in Africa where the safety and effectiveness of the drug remain unknown.

Muchama said the situation might be different in Africa and therefore the clinical trials are aimed at assessing the effectiveness of the drugs and also its safety among users in the continent. Reports from the trials team indicate that the drug which makes the body to produce foetal heamoglobin which neutralizes sickle cell has shown substantial progress in the management of the condition.

So far, 150 children at the referral facility have shown some signs of improvement, an indication that the drug is likely to work in the region.

He said they are optimistic that the drug will be effective at the end of the trials; something he said will be a breakthrough in the fight against the disease in the region.

The sickle cell disease specialist however said the affordability of the drug may stifle its uptake by the patients especially those from poor families. One single tablet of the drugs cost Ksh.40 (USD0.4) and those with sickle cell diseases should use at least two tablets daily at a cost of Ksh Ksh.80 (USD0.8).

Even though the trials show positive progress, Mr. Muchama said preventing inheritance of the disease remains a key challenge.

He said every couple getting married should undergo a test to determine whether both of them have sickle cell disease, and in cases where they are found to have it, seek for advice before they sire a child together.

Mr. Muchama said a child can only get sickle cell if both parents have the sickle genes and one partner has the sickle cell gene with the other partners is a carrier a condition known as Thelassemania trait.

Currently, stem cell transplant remains the only cure for sickle cell disease. However experts say it can easily lead to death besides being very expensive. The entire treatment costs approximately Ksh.10 million (USD100,000). Chances of the patient surviving are also limited.

Currently, nearly 90 percent of sickle cell patients succumb to the disease before they celebrate their fifth birthday in sub-Saharan Africa, according to a report by the World Health Organization.

The WHO survey done in collaboration with Kenya’s Masinde Muliro University in 2018 reveals that Western Kenya and Coastal regions account for 30 percent and 20 percent cases of sickle cell disease respectively.

Sickle cell anemia is a disease in which abnormal hemoglobin protein causes the body to produce sickle- or crescent-shaped red blood cells. These cells have short lives compared to healthy, round red blood cells. The presence of sickle cells is linked to anemia — a condition where the blood cannot carry enough oxygen to the rest of the body.

Hydroxyurea is a medicine that is used to treat certain types of cancer as well as to reduce the frequency of pain crises and the need for blood transfusions in patients with sickle cell anemia. Until recently, it was the only treatment option approved by the U.S. Food and Drug Administration (FDA) for the treatment of sickle cell anemia. In July 2017, the FDA also approved Endari to treat the disease.

Hydroxyurea works by increasing the level of a special type of hemoglobin called hemoglobin F (HbF) in the body. HbF is found at high levels in early stages of development. Compared to the adult form of hemoglobin, HbF is more effective in binding and carrying oxygen around the body. The increase of HbF production stimulated by hydroxyurea prevents the symptoms of anemia from developing.