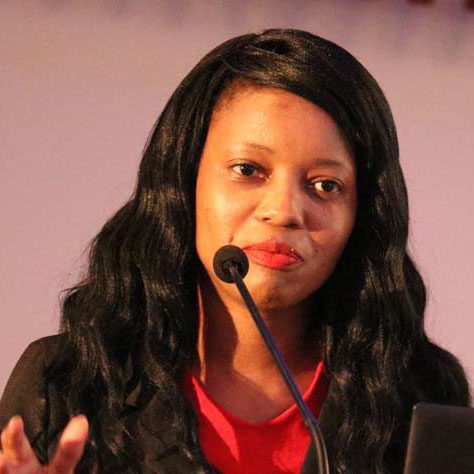 The idea of providing an antiretroviral (ARV) medication as pre-exposure prophylaxis (PrEP) to prevent acquisition of HIV infection by persons at high risk is now well established.

However, the full public health impact will be realized only when PrEP is implemented effectively at scale.

The UNAIDS has projected delivery of PrEP to 3 million persons by 2020 while the National AIDS & STI Control Program (NASCOP) projected upto 500,000 persons on PrEP by 2022 according to the national Framework for Implementation of PrEP in Kenya issued in 2017.

By George Juma I jumageorge10@gmail.com

Data from UNAIDS 2013 show that over 7000 young women get new HIV infections contract globally every week.

Despite having oral PrEP and other researches being conducted to get more forms of the vaccine which can satisfy the taste of users ,the oral vaccine has not been utilized maximally because of arrays of factors including peer pressure, inaccessibility of PrEPS to users among others.

Josephine Nyaboke (not real name) a PrEP user champion in Migori County says issues regarding the packaging of Prep, peer pressure among other remains some of the major challenges she is facing when championing for PrEP use among the youths and the adolescent. She said other side effect of PrEP on usersat the early stages of use has also made many of her clients to abandon the pill.

Nyaboke who currently has 47 clients introduce to the vaccine that she monitors every month to ensure that the drugs adherence level is met also said that delay in the issuance of PrEP at the health facilities has discouraged many of her clients. 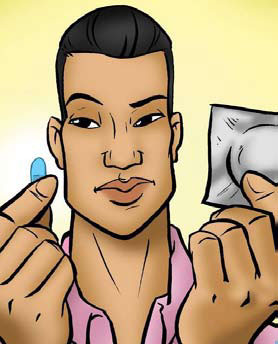 The perception of many has been that the PrEP is only used by Key population which includes sex workers, discordant, truck drivers and men sleeping with men, however this is not the cases.

Nyaboke said she started using PrEP in 2017 after having felt at risk of contracting HIV due to the long distance relationship she is in adding that her boyfriend and the parents accepted her proposal.

During this year’s AIDS 2018 Conference in Amsterdam four weeks ago, PrEP was arguably the dominant subject with far more sessions devoted to it than any other topic and will probably also dominate the HIV Research for Prevention (HIVR4P) Conference in Madrid from October 21 – 25,This is a global scientific meeting dedicated exclusively to biomedical HIV prevention and research.

Kenya has made significant progress in the reduction of new HIV infections in the past decade through the scale up of comprehensive HIV treatment and prevention programs including PrEP. Despite this progress, over 70,000 Kenyans mostly aged 15-24 get new HIV infections every year. The story is the same across most of sub Saharan Africa where numerous PrEP initiation programs started in the last year. So far, Kenya has initiated PrEP in about 25,000 people at risk – but retention is a big problem.

Scientists suggest there could be several potential barriers to effective PrEP implementation that could derail the program if not addressed urgently. According to Dr. Dismas Oketch from the Kenya Medical Research Institute, there are anecdotal reports about stigma to PrEP use, lack of knowledge of and access to PrEP, skewed expectations from PrEP adopters, side effects as well as shame and hesitation to demand PrEP; which could negatively affect retention and adherence to PrEP.

Speaking to Sayansi in August in Kisumu during a science café organized by MESHA and AVAC, Dr. Oketch further reiterated that there could be some disconnect between what PrEP providers intend for PrEP and what what PrEP users want from PrEP leading to those who were initially enthusiastic about PrEP withdrawing from it. Ideally, PrEP use is not for everyone and should be limited to individuals at risk and during periods of higher risk when other HIV prevention alternatives are not sufficient.

He says the current trend shows that many people are not using PrEP as expected because of various reasons which they scientist continue to investigate. “Side effects and stigma remain the two most important reasons for PrEP discontinuation.” Despite these threats, Dr. Oketch believes “it is far much better individually, principally, socially and economically to prevent HIV than to treat a lifelong infection of HIV/AIDS.” As a result the KEMRI is exploring other alternatives to PrEP delivery than the daily oral pill. This new PrEP pipeline will include long acting injectable PrEP, PrEP implants and PrEP intravaginal rings.

According to Dr.Kawango Agot is a researcher working with the IRDO, the research which involved commercial sex workers also revealed that 21 percent of potential PrEP users prefer oral tablets while only 15 percent prefer the intravaginal ring.

In the study, Dr.Kawango said the sample group was placed on injectable, pills and ring Preps all placebo for a period of one month each to established the experience and taste of each participant.

Mrs Josephine Odoyo,a researcher with the Kenya Medical Research Institute (KEMRI) at Lumumba centre in Kisumu county, says PrEP users have been giving a lot of feedback regarding the size of the pill, colour and even packaging of the pill.

The feedback they have been receiving from nearly 2000 users of PrEP, have occasioned new researches to see that the drugs is user friendly.