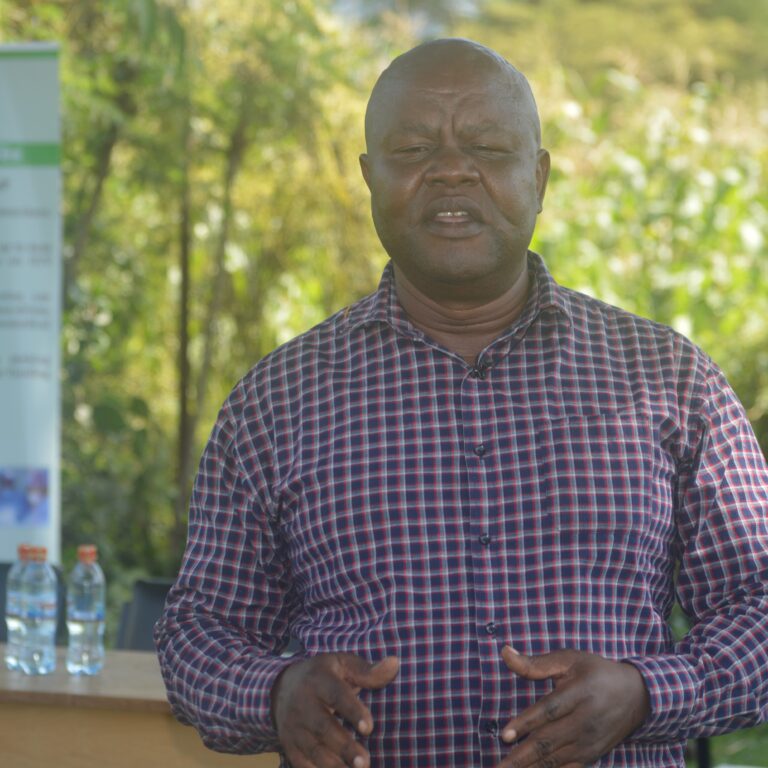 By John Riaga I oukoriaga@gmail.com

Born HIV positive, defiled by a man she knew as her grandfather and faced with the risk of an unwanted pregnancy at the tender age of 10, Philomena Kamala (not her real name) has seen it all in life.

Orphaned by HIV and AIDS, Kamala and her three siblings are under the care of their frail grandmother in a remote village in Pala Wang’a area of Karachuonyo North Sub-county and she has to contend with the double tragedy of seeing her oppressor – her grandfather – every day.

The 70-year-old was arrested and arraigned but is out on bond as the case continues.

Kamala’s tragedy is the epitome of what is now known as the triple threat of HIV infection, Sexual Gender Based Violence (SGBV) and teenage pregnancy.

Though lucky not to have conceived after her ordeal, essentially escaping from being part of the statistics of teenage mothers, Kamala may have infected her grandfather with HIV.

“Because of the loose ends in our justice system, this perpetrator is out on bond with no record of being tested to know his status. We do not know where or who else he has had intercourse with. That is our dilemma,” said Justus Ochola, the Homa Bay County Aids and STI Coordinator (CASCO).

Homa Bay County ranks among the top on all the three parameters of the triple threat.

The county was among the first in Kenya to start offering treatment for HIV in 1999. Today, Karachuonyo North Sub-county has a total of 22,000 people living with HIV on treatment.

On teenage pregnancies, the county reports a 33 per cent prevalence rate.

This data ranks the county as the second highest in teenage pregnancy in the entire country, second to Narok County.

Ochola said Homa Bay also has a very high number of reported cases of SGBV. Between January and April this year, there have been 1,441 cases of SGBV reported.

“These three threats are correlated and as a county we are dealing with them wholesomely,” he said.

Debrah Locho (not her real name) is a 40-year-old widow from a nearby village. Eight years ago, her 13-year-old daughter, then in Standard Five at a local primary school, was raped and impregnated by a stranger. The man had arrived in the village a few days earlier in search of menial jobs.

He timed one morning when Locho had travelled and defiled her daughter, then he disappeared without a trace.

“With the suspect not known by anyone and therefore nobody to arrest, we had to cope with the pregnancy. My daughter agreed to carry it to term, following intensive counselling because she had contemplated abortion,” said Locho.

Lucky to test negative, Locho’s daughter today is happily married after accepting to go back to school and finished her education. Most of the victims of teenage pregnancies are not as lucky, they end up testing positive for HIV and some drop out of school.

According to Karachuonyo North Sub-county Aids Coordinator Joseph Ondu, the fact that the perpetrators are not easily identified complicates the struggle to contain the situation.

“Since most of the perpetrators happen to be close relatives of their victims, there is always a rush to set up Kangaroo courts to quickly dispense of such cases, with the suspects getting away with the crimes,” said Ondu.

In the neighbouring Rangwe Sub-county, locals have devised measures, including taking both teenage mothers and their agemates of the opposite gender back to school in a bid to tame the rising the cases of teenage pregnancy.

Local Aids Coordinator Judy Abong’o said with a rising number of teenage girls getting pregnant, they got pre-disposed to HIV infection.

“Here too, the triple threat is real with teenage pregnancies and SGBV playing a key role in the rise in cases of new infections. That is why we have doubled our efforts through various interventions,” said Abong’o.

Rose Achieng Orwa, 46, said she is happy that though she may never get to know who raped her 14-year-old daughter and made her pregnant, the girl accepted to go back to school to complete her secondary education.

“Not knowing the perpetrator is just one problem, the other is the burden of taking care of my grandchild while the mother is in school since I have five other children,” said Achieng.

Ochola, who led a team of health journalists from the Media for Environment, Science, Health and Agriculture (MESHA) on a science café field visit to the two sub-counties, said out of the eight sub-counties in Homa Bay, Karachuonyo ranked second to Ndhiwa in HIV prevalence.

Ochola said there was a rescue centre put up in Makongeni area but it still required support in terms of materials such as consumables.

“In order for the centre to serve its intended purpose fully, we still need volunteers and partners to help out with items like sanitary towels, food stuff and other items,” he said.