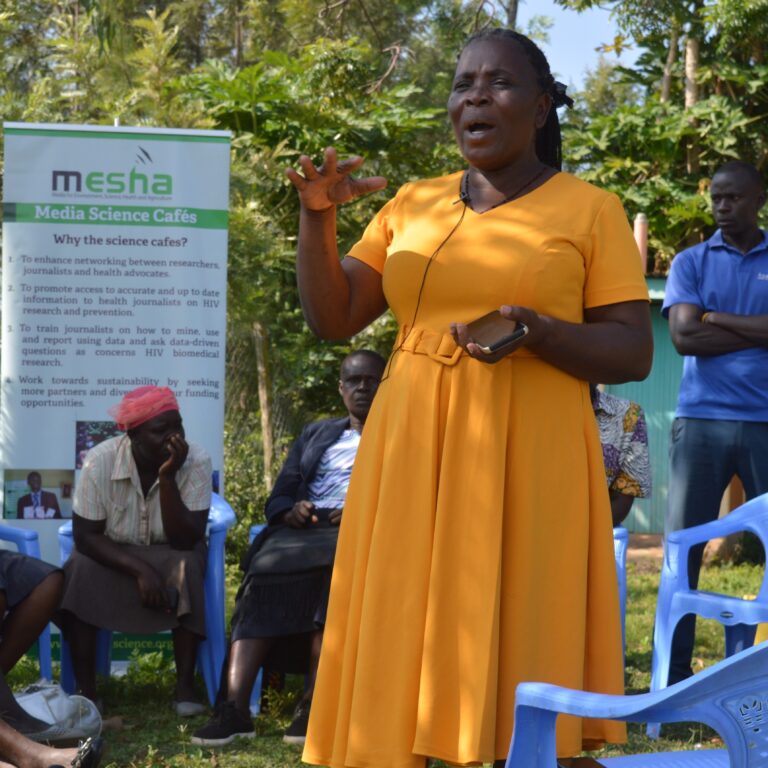 The rampant cases of teen pregnancy in Rangwe, Homa Bay County means many young girls have sex without protection, raising their chances of acquiring HIV.

“The teenage girls and adolescents need to be taught by their elders about sex, unwanted pregnancy and HIV.

“There have been a lot of teenage pregnancies in the area. We even received some information about an 11year old that got pregnant,” said Ms Abong’o during a MESHA science café in Rangwe.

Abong’o said argues that adolescents are part of what contributes to the rise in HIV infections and teen pregnancy is a major burden in controlling the spread of HIV.

Rose Achieng’, mother to a victim of teenage pregnancy, said she struggled to take care of the 15-year-old girl after she got pregnant.

“Since she gave birth it has not been easy. She had to drop out of school. I had to counsel her as a mother who has experienced the burden of parenting and illiteracy. She agreed to go back to school after giving birth,” said Achieng.

Even though the girl is back in school, Achieng still has the burden of raising the child.

“I have to look for school fees, food and cater for the baby’s needs. I am a widow, I have been trying so hard for my family but it is still difficult,” she narrated.

Despite that the struggle, she says she is doing everything she can to give the girl and her other four children a better future.

Abong’o said gender based violence has also contributed to the increase in HIV/AIDS cases.

She said when violence breaks within the households some children usually to run away into the streets, where they are at risk of sexual abuse. If they are HIV positive, the condition deteriorates because they have no food to improve their immunity and no one to administer treatment to them.

“Gender-based violence also leads spouses to finding ways to alternative to satisfy themselves sexually outside the violent marriage,” said Abong’o.

Helen Aoko, a mother of eight and a victim of gender-based violence, narrates how it has taken a toll on her life.

“There has never been happiness in my marriage. My husband used to beat me in front of my children. Of all the children, only one has been able to attend college,” she says.

“Some days back, my husband molested a 12-year-old mentally disturbed child. He was arrested and released on bond but the case is still ongoing. All the household duties now fall on me as I have become the bread winner.”

Abong’o said to reduce the HIV burden, women should be empowered, they should get jobs and have income so that they stop being misused by their male counterparts, especially in regions where fishing is the main source of income.