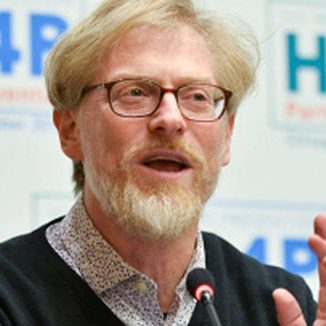 Scientists have played down fears that they may call off the search for a HIV vaccine after a recent study failed to reduce the overall risk of HIV acquisition among women
in five sub-Saharan African countries.

Noting that even though the study did not find the product under test effective as a HIV vaccine, hope still lies on other major trials still ongoing globally.

A major vaccine currently being tested at scale is the Mosaico trial, which is testing a vaccine among transgender people and gay men and other men who have sex with men in the Americas and in Europe.

The scientists were addressing journalists after Johnson & Johnson and partners announced that the Imbokodo study, a large-scale HIV vaccine proof-of-concept trial also known as HVTN 705/ HPX2008, did not significantly reduce the overall risk of HIV acquisition among women in five sub-Saharan African countries.

The report indicated that the vaccine trial, which was being conducted among 2,637 young women aged between 18 and 35 years in five countries (Zimbabwe, South Africa, Malawi, Zambia and Mozambique) did not provide sufficient protection, with a paltry 25.2 percent efficacy attained.

In a statement to the media, Paul Stoffels, Managing Director, Vice Chairman of the Executive Committee and Chief Scientific Officer at Johnson & Johnson thanked the women who participated in the trial and the company’s partners.

“We are extremely grateful to the women who volunteered for the Imbokodo study, and to our partners, including the people on the frontlines, all of whom are contributing every day to this enduring quest to make HIV history,” he said.

“While we are disappointed that the vaccine candidate did not provide a sufficient level of protection against HIV infection in the Imbokodo trial, the study will give us important scientific findings in the ongoing pursuit for a vaccine to prevent HIV,” he added.

“We must apply the knowledge learned from the Imbokodo trial and continue our efforts to find a vaccine that will be protective against HIV,” added Anthony
Fauci, director of the US National Institute of Allergy and Infectious Diseases which co-funded the study.

Speaking during a media science café by Media for Environment, Science, Health and Agriculture (MESHA), AVAC Executive Director Mitchell Warren said the HIV vaccine trial was not a total failure. Warren said the trial is important for science research as it directs the next step in learning because it gave quick results and clues that can be used in the other ongoing vaccine trials.

“The Imbokodo study was a beautifully designed study that was safe and well conducted even with the disappointing results,” he said.

Warren said HIV remains a global threat, and a safe, efficacious and accessible HIV vaccine is still needed to contribute towards preventing new infections and
providing a durable end to the scourge. He said there is still hope in the fight against HIV, with two other major trials still ongoing in Africa.

“This is in no way the end of the search for a HIV vaccine. We still hope for a positive outcome from the ongoing Mosaico and PrEPVacc studies,” he said.

The AVAC director further noted that now more than ever, the vaccine field needs diversity and creativity and even more collaboration interns of research and product delivery.

He said there was a need to scale up the delivery of available, safe and effective HIV prevention options, including male and female condoms, voluntary medical male circumcision and daily oral PrEP.

His sentiments were echoed by Ntando Yola, a health advocate, who called for collaborated efforts by all stakeholders in coming up with correct messaging in communicating the science of health.

“How effective we are in sending science health messages to the public will help in curbing misinformation on vaccines not only HIV related,” said Yola.

For 40 years, scientists have been searching for an effective HIV vaccine in vain, given the mutating nature of the disease and the various strains circulating in different regions globally.

In February last year, the United States National Institutes of Health announced that its HVTN 702 clinical trial of an HIV vaccine, also known as Uhambo, had been stopped. While
no safety concerns were found during the trial, the independent data and safety monitoring board found that the vaccine was ineffective in preventing HIV transmission.

The trial, conducted at 14 sites across South Africa, followed more than 5400 HIV-negative 18–35-year-olds over 18 months.