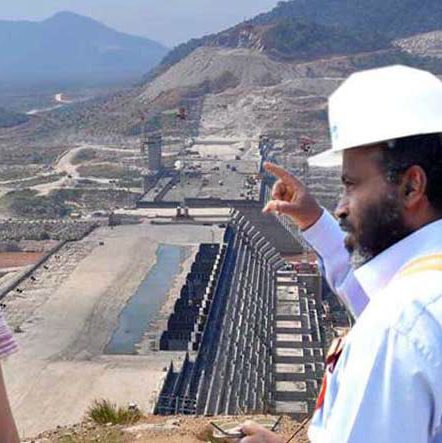 In this era of climate change, there is need for extra caution in selectively using vague and biased scientific, technical and policy perspectives to beat war drums that fuel the simmering conflict between Egypt and Ethiopia. These two countries are currently most powerful African nations with rich and unique history including entrenched military skills.

To begin with there is need to constantly remind the two nations and others in the Nile Basin that this mighty river should be used sustainably to foster peace, increased trade, conservation of the environment and overall regional socio-economic development driven by credible science, technology and innovation. War should not be an option. Other Nile Basin countries which must pay extra-attention to curbing the simmering conflict include Rwanda, Burundi, DR Congo, Kenya, South Sudan, The Sudan, Tanzania and Uganda.

Even more, all the Nile Basin countries have major roles to play in protecting and conserving their national and transboundary water resources that form the intricate web constituting the River Nile whose ancient roots once extended to Lake Tanganyika but the northwards journey was later blocked when Virunga Volcanoes in Rwanda exploded.

At the centre of the conflict is Africa’s largest hydro-electric plant, The Grand Ethiopian Renaissance Dam, initiated along the Blue Nile near The Sudan border in 2011. Egypt claims the dam will reduce the amount of water reaching its population and that the country’s survival is at stake. Ethiopia vehemently denies this. The simmering conflict has led to what seems like selective and biased use of scientific data and facts.

In Egypt, the minister for water resources and irrigation, Mohamed Abdel Aty, once said that reducing Nile water by two percent would result in about 200,000 acres of land being lost. However, Ethiopia asserts that hydroelectric power stations do not consume water and all depends on how fast Ethiopia fills the huge dam.

A former prime minister of Ethiopia, the late Meles Zenawi always stressed that the dam would never interfere with water availability in Egypt. 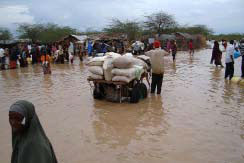 Ethiopia explains that it may even take a decade and half to fill the dam meaning that the normal rate of Nile flow will be maintained. In Sudan there are experts who say the dam will help regulate over flooding of irrigation projects by helping create a much needed steady flow.

However, Egypt constantly needs endless practical reassurances that no Nile Basin nation is plotting to use Nile waters to cause death, destruction, starvation and unlimited economic sabotage.

It is notable that the current regime realizes that Egypt as one of the continent’s big brothers should take a more progressive approach emphasizing socio-economic progress and integration driven by home grown science technology and innovation.

This was clearly emphasized in February 2018 when Egypt hosted the Third Africa Science, Technology and Innovation Forum in Cairo. The Minister for Higher Education and Scientific Research, Khaled Abdel Ghaffar, pledged Egypt’s willingness to build a continent driven by knowledge and innovation.

He told delegates that Egypt would continue to support young African researchers and increase scholarship opportunities for students from other African countries. During the Forum, Egyptian Government and the African Development Bank championed a new push for African nations to work together towards building a new Africa driven by innovation, technology and commercialization of research outputs.

When Egypt completed building Aswan High Dam in 1970 it reduced annual flooding that benefitted some farmers while the availability of the fertile alluvial soil that increased farm yields declined drastically. There were fears that the dam would cause widespread flooding especially in Sudan because it slowed the flow of the Nile.

Still some experts say that much of the Nile water is actually lost in Egypt due to intense evaporation in the hot arid desert environment. Thus some experts in Sudan and Ethiopia say that the dam could directly or indirectly help curb the loss. However, currently there is no effective technological package that can be developed quickly to manage such massive evaporation process that has been going on for thousands or millions of years in Egypt’s sunbaked environment.

However, may be out of fear or distrust, Egypt is raising its claim of “Nile water flow” to 90 percent from the original 66 percent as major precautionary or bargaining measure.

Although in this era of climate change excessive floods in the Nile Basin may briefly meet the demand, there is need to continuously focus more broadly on science and innovation for sustainable solutions.

This includes various practical aspects of environmental conservation and protection. It includes protection and rejuvenation of water towers or water catchment areas and indigenous forests, especially the vanishing Equatorial Forests of the Congo Basin.

Burundi and western Tanzania depend on winds picking moisture from the once dense Equatorial Rain Forests.

With conservative and anti-Third World regimes re-emerging in the West, Egypt with a relatively strong technological and business base, should be at the forefront of innovatively promoting trade and tourism along the Nile apart from giving prompt attention to pollution of the river.

It should take hint from Turkey which is aggressively pushing socio-economic aspects actively in Africa.