Despite the difference in opinion about the statistics on HIV/AIDS in Nyanza, the concern of scientists in the region is much focused on how best to treat and reduce new HIV infections.

Mr. Arthur Ogendo, a Senior Research Officer working for Kenya Medical Research Institute Centre (KEMRI/CDC) in Kisumu, Kenya gives an insight on how they are rolling out the fight against HIV/AIDS even as the search for cure continues. Mr Ogendo has for the last 15 years, dedicated his life to researching on how his own people from Nyanza can participate in eliminating HIV from the face of the earth using people based solutions.

Our member, Christine Ochogo of Radio Nam Lolwe, recently met the ever smiling researcher in Kisumu during our eighth media science café and fielded the following questions to him.

Tell us about yourself.

I am Arthur Ogendo, a senior Research Officer at KEMRI/CDC Kisumu, The organization hosts various research on areas of Malaria, TB, HIV and other infectious diseases. I am a public health specialist currently working in the epidemiology and health research.

Kindly tell us more about the researches you have participated in on HIV.

KEMRI and CDC established a HIV Research Branch in 2000. The branch started with two major studies, one conducted in Asembo, Siaya County and another in Kisumu County both in western Kenya.

The research in Asembo was a Baseline cross sectional survey (BCS) that took a look at HIV infection prevalence and the one in Kisumu was known as Kisumu Breast feeding Study (KiBS) that majored on how to prevent transmission of HIV virus through breast feeding amongst women who are lactating before and after delivery.

What are the finding on the two studies?

In Asembo, the research revealed that there was high prevalence of HIV Infection of 15% as at 2003.

However, this has since reduced due to concerted efforts on behavioral and medical methods being initiated in the region.

In Kisumu the research informed Prevention of Mother to Child Transmission (PMTCT) Policy that mothers can be put on triple ARV for PMTCT was safe tolerable and efficacious . ART was administered to mothers before they deliver and continue with the drugs after delivery to protect the child from being infected with HIV virus through breastfeeding.

What other studies have KEMRI/ CDC conducted in relation to HIV?

Between 2010 and 2013, we did a study that looked at whether early initiation of ARVs treatment would reduce the risk of HIV transmission among HIV sero discordant couples. The study was sponsored by US national Institute of Health (NIH).

Participants were placed onto into two groups, one being on survivors whose CD4 cell count was at above 550 per ml and those whose CD4 count was at 250 per ml or below as per the national guidelines on ART initiation at that time (2010).

We found out that those who started Antiretroviral Therapy (ART) early when their CD4 cell count was high, had more health benefits and the risk of cross infecting their partners reduces by 96%. This was considered a scientific breakthrough.

This has now informed the WHO and Government of Kenya’s health ministry to adopt a ‘test and treat’ policy where infected individuals begin ART treatment immediately irrespective of their CD4 count, to reduce the risk of HIV transmission. 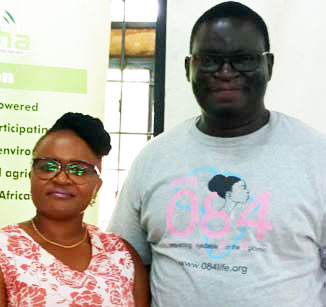 What about the study on vaccines and drugs?

We are coming up with a number of interventions to help in prevention and further spread of HIV/AIDS which include Voluntary Male Circumcision, use of vaginal ring, pills (Truvada), a pilot vaccine, implants among others.

Currently we are conducting a study on antibody mediated prevention (AMP) study. Vaccines are intended to induce immune responses (antibodies) in the body system but sometimes this is a slow process and may not be effective againstthe HIV virus. Antibodies are proteins produced by the body to fight germs in the blood. Therefore we are looking whether infusing antibodies directly into attacking the white blood cells. This

study is targeting about 80 participants who we will be followed up for four to five years.

We in CDC/KEMRI are also focusing on long-term pre- exposure prophylaxis (PrEP) for the population of young women. We are looking at superiority between Cabotegravir and Truvada as a PrEP. Carbotegravir drug has been proven to be effective among HIV-negative older women and it was time to investigate its efficacy in young women who are sexually active.

What are some of the challenges you face in the fight against HIV?

Research is very expensive and we as scientists have been relying a lot on donor funding which is now decreasing.

We are now advocating for the County governments to consider allocating more funding to HIV programs to avoid over reliance on donors who are proving to be unreliable due to changing times and priorities.

What role do you think the media can play in the fight against HIV?

The media plays an important role in dissemination of information and we scientist work best in collaboration with them to pass to the masses information on our progress in HIV research.

Why do scientists fear the media?

Scientists are sensitive to misfacts as reported by the media. We are accountable to our partners and collaborators fear being misquoted or misreported on our research be it on HIV or any other subject.

This calls for consistent and responsible journalism to avoid interfering with the progress made so far as well as avoid misrepresentation of scientific facts. We abhor the media to consult with us when not sure as they do articles because fact checking helps readers and listeners to get the correct information.

What is your patting shot?

Everybody is at risk of contracting HIV and the fight against the virus need concerted efforts from all people despite the County or region or country one comes from.

The society needs to be informed more about HIV on prevention and proper management in a bid to have a HIV free generation to come.

Scientists are still searching for a vaccine that may one day prevent infection of HIV/ AIDS infection and they are hopeful that the vaccine will soon be available. In the meantime, everybody has the responsibility to prevent HIV transmission but embracing behavior change and seeking treatment as necessary.

The perception and impression that those who hail from counties or regions where HIV prevalence is low are at less risk of contracting the virus is a misconception.