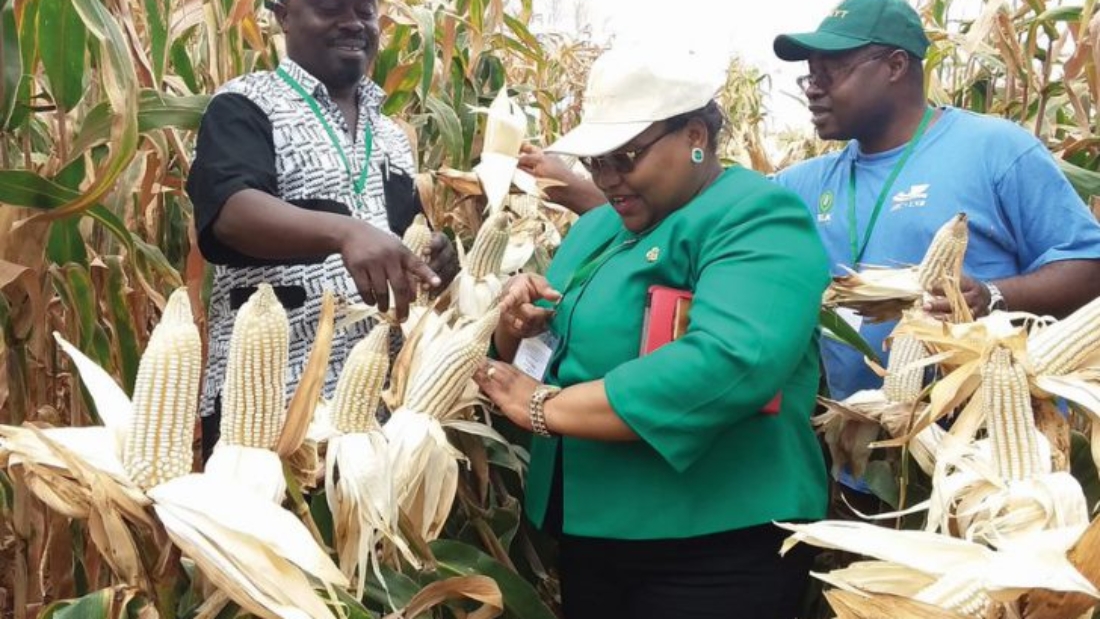 For the second day in a row, Jerry Oyoo, a western Kenyan farmer from Nyagowa Village, Karachuonyo Constituency has just returned home with a sack of maize from his Kimira wetland farm.

“This is a huge waste of time, energy and money,” Mr Oyoo tells me sounding as if he needs some psycho-social support.

In all his calculations he spent Ksh 11,500 (USD115) only to return home with three sacks of maize all valued at Ksh 9,000 (USD90). As he brought home his last sack of maize harvest, Oyoo had just incurred a loss of Ksh 2500 (USD 25) without taking into consideration other inputs and time spent on the farm.

While addressing journalists allied to the Media for Environment, Science, Health and Agriculture (MESHA) in a virtual conference, Dr Sylvester Oikeh, a maize scientist, says farmers like Oyoo need not give up on farming asserting that biotechnology is the way to go in addressing the challenges brought along by effects of climate change, ever growing population leading to shrinking land for cultivation and biological challenges like pests and diseases. He added that biotechnology remains a strong investment for farmers like Oyoo.

The conference brought together 100 journalists from 30 African countries.

To show that scientists are not sleeping on the job, the maize guru said that his organisation, the African Agricultural Technology Foundation with other partners such as the Kenya Agricultural and Livestock Research Organisation  (KALRO) have been working towards getting transgenic drought-tolerant and insect-protected maize varieties to farmers to enhance food security in sub-Saharan Africa.

“We work on a project called TELA maize which seeks to ensure farmers who access the variety will be able to mitigate effects of climate change especially moderate drought and losses to insects such as stem borers and fall armyworm,” said Dr. Oikeh who is the Project Manager at AATF.

Dr. Oikeh spoke on the Status on development and commercialization of transgenic TELA maize for African farmers in a virtual conference that brought together nearly 200 science journalists from 30 African countries and beyond to discuss conservation, climate change, agriculture, and health to bolster factual reporting on science.

“When farmers have access to the TELA maize varieties they will be able to mitigate effects of climate change especially moderate drought and losses to insects such as stem borers and fall armyworm,” said the expert who boasts of over 30 years research trail on maize in the continent.

TELA Bt maize hybrid varieties were released to smallholder farmers in South Africa in 2016 and has been granted environmental release to proceed to national performance trials in Kenya.

“National performance trials (NPTs) are carried out in Kenya by the Kenya Plant Health and Inspectorate Service (KEPHIS) to determine the agronomic potential and adaptability of new varieties relative to those currently in the market,” said Dr Mwimali Murenga from KALRO. He added that they have already planted in Alupe, Kakamega and Kibos. Other sites Embu, Mwea and thika will be planted from mid Oct 2020 during the short rains season.

The NPTs are carried out to evaluate maize hybrids that have potential for commercialization. Experimental material under test are usually compared to those in the market. Several sites from a minimum of 6 sites to a maximum 10 sites are usually planted depending on the growing zones, added Dr Murenga.

“Bt maize gave positive and significant effect on yield across varieties and trials with 52 per cent yield advantage over non-Bt maize in Kenya and Uganda,” said Dr. Oikeh, noting that full adoption of Bt maize in Kenya could save the country a whopping 400,000 tonnes equivalent to US 90 million that is lost to stemborer damage annually.

Bt (Bacillus thuringiensis) is a microbe naturally found in soil and that has been used as a biological pesticide for several decades to control insect damage mostly in the horticulture industry. Usually used as a spray, scientists found a way to incorporate Bt proteins (genes) into the plant to give the plant protection against certain insect pests such as stem borer and fall armyworm without spraying the plant.

While responding to a question on safety concerns on the technology, Dr. Oikeh re-affirmed the safety of biotech products, noting that farmers from other regions across the world are enjoying the benefits of the technology.

“Several global authorities including World Health Organization (WHO); Food and Agriculture Organization (FAO); European Food Safety Authority (EFSA) and many Academies of Sciences have all indicated the GM food that have been evaluated and passed through regulatory scrutiny and approved are safe to eat,” he emphasized.

In Africa, nine countries including Kenya, Malawi, South Africa, Nigeria and Sudan have approved and released transgenic cotton, cowpea, maize and soybean. Globally, 67 countries are either growing or trading with biotech crops.

The TELA Maize Project works with governments in seven African countries including Ethiopia, Kenya, Mozambique, Nigeria, South Africa, Tanzania, and Uganda – to deliver the new TELA maize varieties to farmers. All TELA maize varieties will be made available to smallholder farmers through local seed companies after assessment by national authorities according to the country’s regulatory requirements.