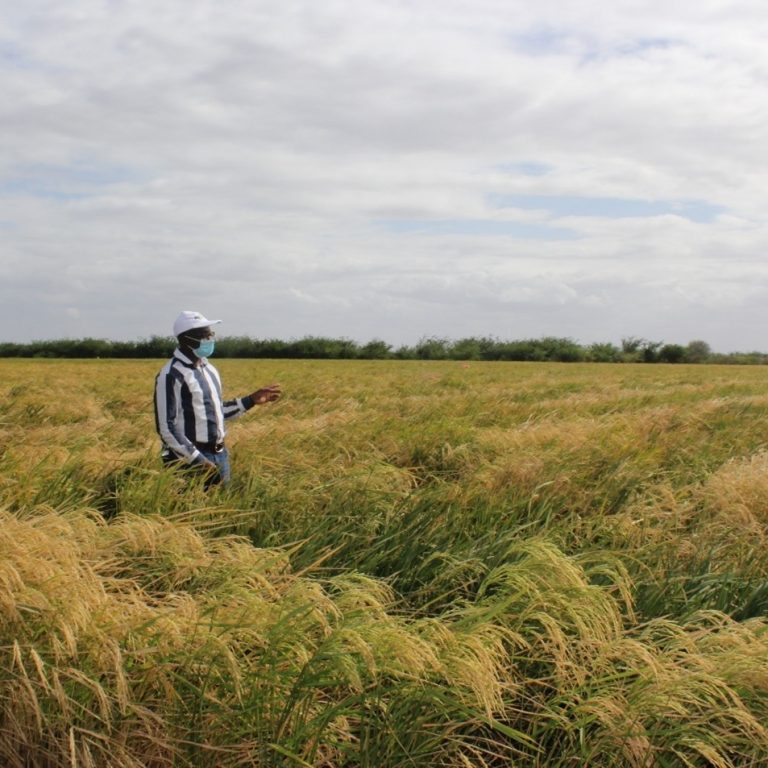 By Ruth Keah I rkeahkadide@gmail.com

Lack of infrastructure and limited use of technology for crop production stifle attainment of food security in Africa, seed experts have said.

Speaking virtually on the third day of the Fifth African Conference for Science Journalists held recently, Mr Amos Rutherfold, a seed man from Legacy Seeds in Ghana and Dr Kayode Sanni, who is the Rice Project Manager and Director of the Alliance for Hybrid Rice in Africa, (AHyRA), said that besides the factors above, there was need for African countries to rethink ways of financing the sector to enable farmers to produce adequate food.

While speaking at the same conference, Dr. Maxwell Darko Asante, a Principal Research scientist at the CSIR-Crops Research Institute, Kumasi, Ghana and who specialises in rice breeding, Africa has the potential to feed itself if technology and other logistical issues were sorted out.

“We need to look at our financial structure. How are we going to fund agriculture in the continent in order to know how we are going to produce enough food to feed our African population,” said Rutherford.

He said over the years, governments had tried to impose methodologies that small-scale farmers should use, but which are normally not convenient for farmers to use for production. He said there was need for sustainable crop production in Africa.

“We are the youngest population in the continent; so we must produce enough food to feed our  people,” he said.

He said many western countries had adopted new agri-technologies in producing different farm produce, while Africa is still lagging behind, hence the food insecurity.

He expressed confidence that the continent had all the variables and technology to become self-sufficient in rice production by increasing productivity, planting climate-resilient varieties, improving crop management, and market linkages along the value chain.

According to Dr Kayode, Africa spends over $6 billion in rice importation only. He acknowledged that it is a challenge for African countries, but on the other hand an opportunity to use agri-technology and fill the gap.

“At the end of the day it will improve the livelihoods of the farmers, improve business and increase income, which goes to farmers’ households,” he said.

He added that out of the more than 50 countries in Africa, only three – Tanzania, Madagascar and Mali – are rice self-sufficient. Countries that are still behind are Angola, which is still at 7 per cent of production. Kenya is at 10 per cent.

He urged farmers to take advantage of the situation and adopt new agri-technologies and build capacity of private and public sectors to meet what is needed in achieving food security. He also urged farmers to embrace the new technology to not only produce food, among them rice, for eating, but also for exportation.

“With the shortage here, what we mean is that there is a lot of opportunities if technologies are adopted in producing rice in Africa,” he said.

With effects of climate change being experienced globally, Dr Kayode also urged farmers to plant resilient crops. This, he said, will also increase the chances of being food secure.

“We need to plant climate resilient varieties that can survive drought, disease outbreak or even flooding,” he observed.

The conference was organised by the Media for Environment, Science, Health and Agriculture (MESHA).