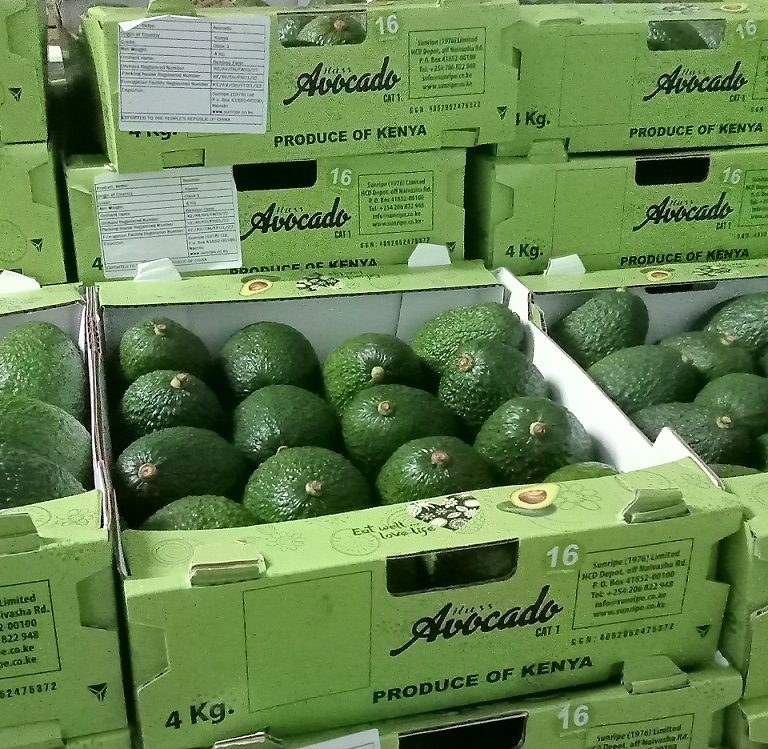 Grace Karanja could not hide her excitement as she witnessed the departure of a lorry transporting the first batch of fresh avocados to the Mombasa port for export to China. Crates of avocados from her medium-size Karakuta Fresh Produce Farm were in this lorry.

She had worked towards this day so much that when it finally came, not even the early morning light showers could stop her from travelling almost 60 kilometres from her farm in Kiambu, Central Kenya, to Sunripe, a fresh produce exporter in Limuru.

So, when Industrialisation, Trade and Enterprise Development Chief Administrative Secretary (CAS) David Osiany flagged off this lorry on August 2, Ms Karanja and many other farmers present could do nothing but celebrate.

Karanja said the journey had not been easy, as they had to put in extra effort to meet the quality standards for the export market.

“During harvesting, the quality controller, who had trained my team on minimising post-harvest losses, was there to ensure that whatever came from the trees meet the standard required by the buyers,” said Ms Karanja.

She said even the mode of transporting fresh avocados for export from the farm is different.

“We no longer send avocados in Toyota Probox vans or pick-up trucks because that increases your damages. We send them in crates, in vehicles packed in minimum quantities per crate so that they do not rub against each other and on the surface,” she explains.

The journey for Karanja’s farm started in 2017 after she resigned from a corporate job to venture into agriculture. Her team’s first harvest missed the mark but they learnt from the experience and improved the following season.

“When we had our first harvest, we had a lot of horrible fruits. We could not even get them to the market. We are now getting better because we now understand that to get these markets, you need really good sizes and qualities,” she said.

Karanja is optimistic that the global market for fresh avocados is just the beginning of better opportunities for local farmers. She admits that despite most people in the country producing avocados, not all of them are producing the right quality for export.

However, she says the China market will be a motivation towards meeting export standards by many smallholder farmers, who initially did not understand what is required of them.

Late last year, Kenya Plant Health Inspectorate Service (KEPHIS) negotiated a Memorandum of Understanding (MoU) with the General Administration of Customs of China (GACC), which resulted in a Phytosanitary protocol for exporting fresh avocados to China signed in January this year by both countries’ ministers.

KEPHIS has since approved 15 orchards, 10 pack houses, and one fumigation facility and communicated to GACC who have also published them on their website. This followed satisfaction of the GACC remote auditors that they are good at quarantine pest management and meet the requirements for the export of fresh avocados to China.

“This is the first group of exporters allowed to export fresh avocados to China. However, we are continuing with audits so that we can add other growers of avocados who meet the requirements,” said Prof Theophilus Mutui, the KEPHIS Managing Director.

“Agriculture is the foundation of Kenya’s economic and social development. It has a direct significant bearing on food security, economic growth, and social stability. Therefore, such opportunities have to be treated with the highest attention and care so that our trade is enhanced and the foreign exchange is increased.”

The management at Sunripe company in Limuru hopes that the Standard Gauge Railway will in the future be used to transport fresh avocados to the Port of Mombasa for onward export to China. This will significantly the time taken on the road.

For example, the first batch of fresh avocados is expected to arrive in China in 24 days. This means that the Chinese will eat Kenyan avocados in the first week of September.

With Sunripe and Kakuzi companies being the only two fresh produce export companies cleared so far, officials said that access to the market and capital with a high-quality product is important.

They called on avocado farmers to invest more money in orchard management and produce very high-quality fruit, even as they consider value addition that will see them produce avocado oils and lotions.

Mr Osiany described the exportation as a bold move and a step towards forging deeper cooperation and collaboration between the public and private sectors. He said the futuristic event seeks to harness the enormous economic prospects between Kenya and her international markets to strengthen the ties among business communities.

“Fresh horticulture exports from Kenya have played a big role in the last 50 years and placed Kenya on the global map. Avocados have become a very big product for Kenya and Kenya is now the 6th largest exporter in the world and Africa’s largest exporter for two years running,” he said.

According to Osiany, the global market for fresh avocado indicates the existence of opportunities for both countries to increase their trade volumes as well as narrow the trade balance gap.

“As the global market continues to grow, the production in Kenya increases annually, thus the need to open new markets. As per the projection, Kenya looks forward to exporting over a hundred thousand tonnes of avocado in the next couple of years, and this figure may double in a decade’s time,” he said.

Kenya’s export to China last year amounted to about US$199.6 million against an import from China of about $4 billion. Osiany urged the China’s Minister for Council to reduce the seven per cent import duty China is charging.

The journey to sell fresh avocado in China started in 2018 when the Asian country hosted the China International Import Expo in Shanghai. The high-level visit saw the signing of MoU on the Sanitary and Phytosanitary (SPS) protocol.

The first attempt after the agreement saw Kenya become the first country in Africa to export frozen avocados to China after it failed to meet the set standards for fresh avocados.

Avocados in Kenya grow from the sea level to 3,000 metres, and with the two rainy seasons a year, experts say they are more organic.