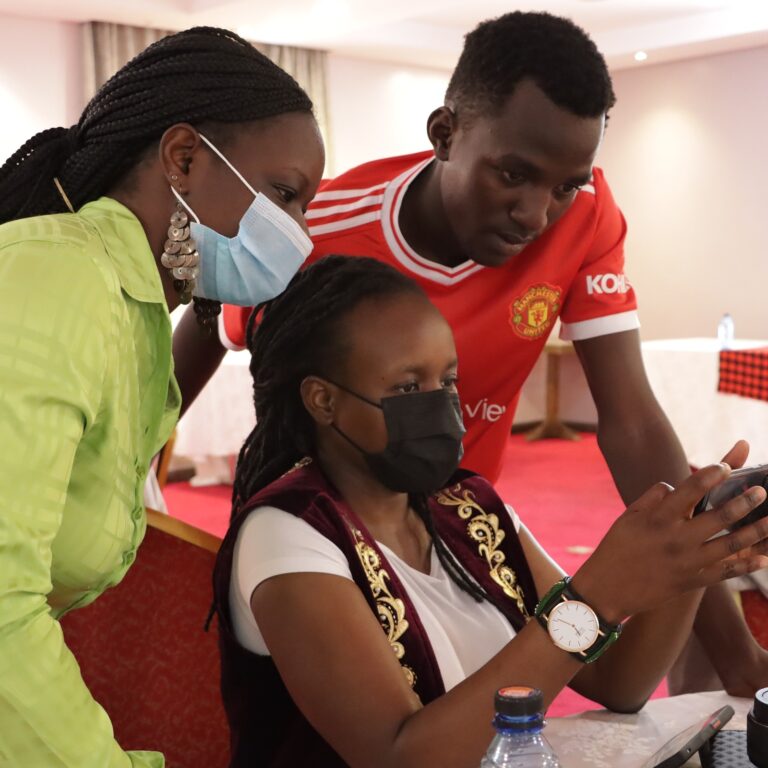 By Tebby Otieno | tebbyotieno62@gmail.com
Nick Lenyakopiro grew up knowing East African sandalwood as a medicinal tree used by his parents
and grandparents. He says that once the leaves of this indigenous tree have been boiled, children
with cough-related diseases are then covered using a blanket and allowed to inhale the steam for
some minutes. This is how the healing process using East African sandalwood takes place. “The
culture of Samburu does not allow trees to be cut down. You either pluck the leaves or remove the
tree plank,” says Lenyakopiro. Samburu is a hot and dry region whose residents are mainly
pastoralists. During drought, they also cut the leaves of the sandalwood to feed livestock.
“Sandalwood still exists and locals here do not know any economic value attached to it like selling
them to other people or exporting them,” says Lenyakopiro. What he did not know was that some
people away from his community had known other benefits of this rare tree species. As he would
later find out, officers in Maralal Police Station had arrested those who involved in trading in it. “All
of a sudden cases of sandalwood started coming up. Maybe someone somewhere just stole the idea
that sandalwood is making money somewhere,” he says. Lenyakopiro is a station manager at a local
radio station in Samburu. He says he uses the station to educate their audiences on the need to
protect sandalwood.
“We have actually come out to champion the protection of the sandalwood. We tell our audiences
not to allow foreigners who come to the forest asking for it,” he says. Apart from treating children
and feeding animals, Samburu community also uses East African sandalwood as a preservative and
cleaning ingredient. Douglas Leboiyare, living in Ngari village, says locals use it to clean traditional
gourd used to preserve milk. This ensures milk remains fresh as if it were refrigerated. “Women also
use it when they have given birth and experience swollen, painful breasts. Again, after using it to
clean the gourd, milk can stay there for three days without fermenting,” says the 51-year-old.
Despite the importance of this species of tree to Samburu residents, they are now worried of its
availability in future. This follows the rate at which it is being cut and sold to outsiders.
Leboiyare says stories about availability of its market in the neighbouring countries started in
2010/2011. “Those people started coming to Samburu telling people that the tree pays money. It
seems there are business people from outside Samburu who come here with brokers so the tree is
cut. Only God knows if it will survive,” he says. According to Leboiyare, one big sandalwood tree can
produce one tonne while a small one produces about 200kg. The brokers pay locals Ksh60 per
kilogramme and they cut many trees at ago to fill up a lorry.
It is because of this that residents here formed Naramat Community Forest Association (CFA) in
Kirisia Forest so that they protect this species. Leboiyare is the chairperson. “We are trying to stop
cutting of this tree here in Kirisia Forest by creating awareness among the locals. We also arrest
those we find cutting it but there are still crooks who continue to cut it,” says Leboiyare. Naramat

CFA consists of 140 scouts members who do patrols to make sure there are no intruders accessing
Kirisia Forest. “They normally cut this tree into small pieces. When we find them we arrest and hand
them over to officers for legal action. However, if they manage to escape we destroy the small
pieces of trees they leave behind,” he said. Leboiyare says he has never seen seedlings of East
African sandalwood. What they are doing is protecting the naturally growing species. He, however,
appeals that if there are seedlings, then they be given so that they can plant more of it in the
deforested areas.
“This tree grows where there is high temperature and since the government has not been able to
preserve it, we decided to leave our livestock and protect our forest,” says Leboiyare. In 2007,
President Mwai Kibaki issued a ban on sandalwood tree harvest. The president, vide Gazette Notice
Number 3176 dated the April 4, 2007, declared Osyris lanceolate (East African sandalwood-
Msandali) as a protected tree species for a period of five years. The Gazette notice was to be
executed by the Kenya Forest Service (KFS). Dr Willis Okumu, a senior researcher from the Institute
of Security Studies, says prosecution of cases of trading in sandalwood is still supported by the
Gazette Notice Number 3176.
“Sandalwood in Eastern Africa has also been listed in appendix two of the cities of the increased over
exploitation. Despite all the legal framework that we have, it seems that we have not really
succeeded in preventing the exploitation of sandalwood,” said Dr Okumu during a phone interview.
There have been subsequent legal provisions, like the Wildlife Conservation Management Act of
2013, which have listed East African sandalwood as endangered species that people cannot trade in.
Dr Okumu reveals how their recent research in Samburu County, tracing networks enabling East
African sandalwood smuggling and trafficking, found people behind this illegal trade. “We realised
that sandalwood trafficking in Kenya is facilitated by some State actors, hence the lucrative nature of
the product,” said Dr Okumu.
The investigation further found out that there is a lot of bureaucracy and criminal organisations
involved in trafficking of East African sandalwood. East African sandalwood is found in areas where
most locals are pastoralists like in Samburu County. Peter Gachie, a scientist from Kenya Forestry
Research Institute (KEFRI), says most people who are interested in trading in this tree take
advantage of the vulnerability of the locals who are looking for an alternative source of livelihood.
“East African sandalwood is a precious plant that has been overexploited. Its scientific name is Osyris
lanceolate. It is in the family of sandalwood and has its relatives in India and Australia, which we
usually term as the true sandalwoods,” Gachie said. Gachie says that East African sandalwood is used
in cosmetics industry to make oil and also some medicine.
Oil being very valuable has led to this species of tree to be overexploited in other countries. “In
those other countries it has been domesticated so people are cultivating sandalwood, but due to
limitation of the species they have now come to poach our own,” he says. The lucrative value of East
African sandalwood products continues to put the tree in a danger of exploitation and destruction.
KEFRI says communities where the tree is harvested have little knowledge about the value of its
products, the reason they are robbed of their precious resource.