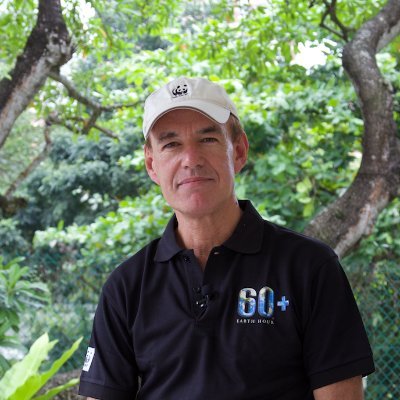 A leading global conservation group, World Wide Fund for Nature (WWF) has called for ambitious commitments to create effectively managed, governed, and well-funded conserved areas that safeguard the livelihoods of the people around them.

In a rallying call towards enhancement of protection of protected areas, the President of Rwanda, Paul Kagame has said that the African Conservation agenda should be owned and driven by Africans. “Our people stand to harvest the benefits and it is also our responsibility,” he added.

The overarching objective of the Congress is to position Africa’s protected and conserved areas within the broader goals of economic development and community well-being and to increase the understanding of the vital role parks play in conserving biodiversity and delivering the ecosystem services that underpin human welfare and livelihoods.

Happening from 18th to 23rd July 2022, the Congress is the first-ever continent-wide gathering of African leaders, citizens, and interest groups to discuss the role of protected areas in conserving nature.
Experts believe that protected areas must contribute to nature conservation, climate adaptation and mitigation and advance the well-being of Indigenous Peoples and local communities.

On his side, Marco Lambertini, WWF Director-General, noted that loss of biodiversity is one of the critical challenges the world faces today.

“Conserving, restoring and sustainably managing the natural spaces left on the planet, are all key elements of becoming a nature-positive society. WWF is committed to refining and strengthening its support for area-based conservation, particularly protected area management, at a time when governments are discussing a global target of protecting at least 30% of the world’s land, ocean and freshwater systems,” he said.

To deliver such an ambitious conservation target, WWF is also committed to promoting an inclusive rights-based approach to conservation that balances the needs of people and the planet through local engagement, ownership, and joint accountability.

“We welcome and share the objectives of the Congress, looking at protected and conserved areas as a key tool to address climate change and support the delivery of the Sustainable Development Goals,” he added.

Managing protected areas is a critical tool for conserving the world’s biodiversity and combating climate change and also forms the basis of the organisation’s goals and initiatives.

Globally, scientists have recently confirmed that as many as 1 million species are at risk of extinction, across the globe, including average population declines of 68% globally and 65% in Africa.

Up to 50% of the wealth in most African countries comes from natural capital and assets, with around 70% of Africa’s population dependent on nature for their livelihoods, say experts.

Marco Lambertini further said, “WWF joins many other groups, governments and businesses in advocating for the world’s leaders to adopt a nature-positive global mission at the forthcoming COP15 of the UN Convention of Biological Diversity. A mission that commits to have more nature at the end of this decade than at its start, through conservation, restoration and sustainable management of species, habitats and natural resources for the benefit of present and future generations, and all life on Earth”.

Experts at the Congress and beyond have reached a consensus that to address the biodiversity and climate change crisis, and to protect and restore ecosystems, the support and scale of solutions indigenous people are key because local communities, and grassroots initiatives offer a lot of reliable knowledge and goodwill which must be tapped into.

During the Congress, indigenous peoples and local communities (IPLCs), will be featured prominently as they own and use roughly 50% of the land. Conservationists say they are a critical part of the solution, despite not always having legal rights over their territories.