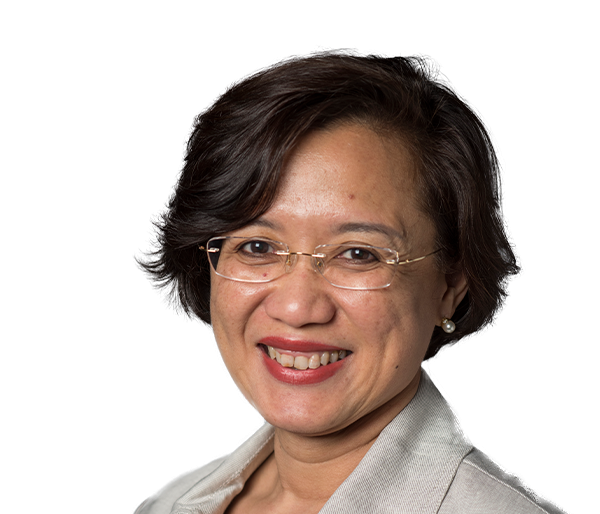 By Mike Mwaniki I mikemwaniki2016@gmail.com

Oral PrEP was first approved by the US Food and Drug Administration a decade ago, but uptake and adherence have been limited, partly because some people have difficulty taking daily pills.

In recent years, studies have shown that cabotegravir-LA (CAB-LA), administered by injection once every two months, is a safe and effective alternative to oral PrEP.

CAB-LA is approved for PrEP only in the US, but its maker, ViiV Healthcare, has submitted marketing applications in additional countries.

Speaking during the 24th International Aids Conference held in Montreal, Canada, the International Aids Society President and International Co-Chair of AIDS 2022, Dr Adeeba Kamarulzaman said, “Long-acting PrEP could play a major role in ending the HIV pandemic, but right now, very few people can get it.

“Scaling up affordable access to this game-changing prevention tool must be a top global priority.”

During the conference, researchers presented new data confirming that CAB-LA is safe and effective for PrEP in trans and cisgender women. The World Health Organisation (WHO) also released its first guidelines for CAB-LA for PrEP, and ViiV Healthcare and the Medicines Patent Pool announced that they have signed a voluntary licensing agreement for patents relating to CAB-LA for PrEP.

Finally, WHO, Unitaid, UNAIDS and The Global Fund announced the launch of a global coalition to accelerate access to long-acting PrEP with AVAC as the secretariat.

Researchers announced the first trans-specific analysis of data from the landmark HPTN 083 study confirming that CAB-LA is a safe and highly effective HIV prevention option for transgender women.

HPTN 083 is a Phase 3 study comparing CAB-LA to daily oral TDF/FTC for HIV prevention in cisgender men and trans women who have sex with men.

In 2020, researchers announced that HPTN 083 had demonstrated a 66 per cent reduced risk of HIV acquisition for CAB-LA compared to TDF/FTC.

The new analysis, which was presented at AIDS 2022 by Beatriz Grinsztejn of the Evandro Chagas National Institute of Infectious Diseases – Fiocruz (Brazil), reports on the safety, prevention efficacy and pharmacokinetics of CAB-LA in trans women during the blinded phase of HPTN 083.

HIV incidence among trans women was lower in the CAB-LA group (0.54 per cent) than in the TDF/FTC group (1.80 per cent).

CAB-LA was well tolerated in trans women and, importantly, initial findings suggest there is no impact of gender-affirming hormonal therapy on CAB concentrations

New data from the HPTN 084 study shows that among individuals assigned female at birth, CAB-LA continues to be superior to daily oral TDF/FTC in preventing HIV infection.

HPTN 084 is an ongoing Phase 3 randomised controlled trial of CAB-LA for PrEP in individuals assigned female at birth.

In late 2020, a planned interim review found that CAB-LA was superior to daily oral TDF/FTC for HIV prevention in this population.

The blinded portion of the trial was then stopped; participants were subsequently unblinded and continued on their original randomised study regimen pending a protocol amendment to offer open-label CAB-LA.

This update, which was presented at AIDS 2022 by Sinead Delany-Moretiwe of the University of the Witwatersrand (South Africa), reports that 23 incident infections (3 CAB-LA, 20 TDF/FTC) were detected in the 12-month unblinded period.

Of these, two (1 CAB-LA, 1 TDF/FTC) occurred during the blinded phase, and only one of the CAB-LA cases had ever received an injection.

Cumulatively, 62 incident HIV infections (6 CAB, 56 TDF/FTC) have been observed over 6,626 person-years of follow-up (HIV incidence 0.94 per cent). In addition, no new safety concerns were identified.
Also during the press conference, WHO released new guidelines for the use of CAB-LA as PrEP for HIV and called for countries to consider this safe and highly effective prevention option for people at substantial risk of HIV infection.

The guidelines will support countries as they plan for CAB-LA introduction and facilitate urgently needed operational research.

The WHO’s Director (Global HIV, Hepatitis and Sexually Transmitted Infections programme) Meg Doherty said, “Long-acting cabotegravir is a safe and highly effective HIV prevention tool, but isn’t yet available outside study settings. We hope these new guidelines will help accelerate country efforts to start to plan and deliver CAB-LA alongside other HIV prevention options, including oral PrEP and the dapivirine vaginal ring.”

At the same time, ViiV Healthcare and the Medicines Patent Pool (MPP) announced that they had signed a voluntary licensing agreement for patents relating to CAB-LA for HIV PrEP to help enable access in least developed, low-income, lower-middle-income and sub-Saharan African countries.

Through this agreement, selected generic manufacturers will have the opportunity to develop, manufacture and supply generic versions of CAB-LA for PrEP in 90 countries, subject to required regulatory approvals.

ViiV Healthcare and MPP will now work closely with stakeholders and selected generic manufacturers to enable access to generic CAB-LA for PrEP as soon as possible.

The MPP Executive Director, Charles Gore, said, “We are delighted to sign this voluntary licence with ViiV for cabotegravir LA for PrEP.

“Long-acting technologies open up a whole new dimension that facilitates medicine uptake, and this product brings a much-needed option for those at risk.

During the occasion, the new Coalition to Accelerate Access to Long-Acting PrEP was launched.

Convened by WHO, Unitaid, UNAIDS and The Global Fund, and with AVAC as the secretariat, the coalition will coordinate key stakeholder activities on PrEP access, including jointly developing strategies to identify and overcome access challenges for new PrEP options in the near to medium term (especially related to ViiV’s injectable CAB, including generics) and the medium to longer term (related to future PrEP products).

“But we must move far more quickly than we did with oral PrEP if we are to have real impact on the epidemic. This new coalition being formed will prioritise the acceleration of affordable, equitable and widespread access to injectable long-acting cabotegravir for PrEP without delay.”

The Global CAB facilitator at Afrocab, Jacque Wambui said, Afrocab and our community partners are excited about this announcement.

“Since we began mobilising community partners around the world almost six months ago, we have been encouraged to see the responsiveness and engagement from global partners that have made this announcement possible.”

Ms Wambui added, “However, we recognise this is just the first step on this path for long-acting cabotegravir for PrEP.

“Speedy technology transfer and low-cost pricing have still not been secured. Until then, the promise of accessible, affordable CAB-LA will not be realised. Afrocab and our community partners will continue to advocate around these issues until they are resolved.”